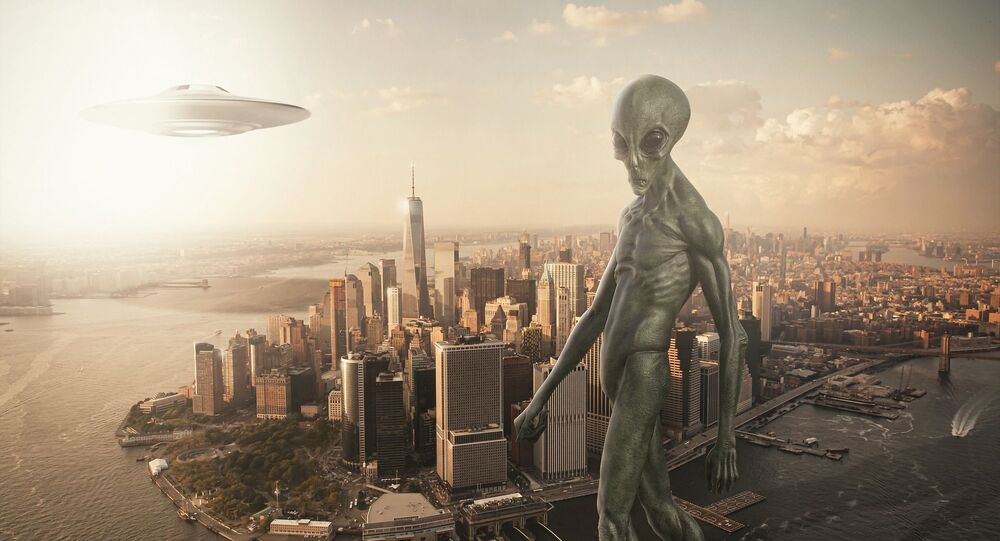 The papers leaked online suggest a grave situation may occur at any time "with regard to flying saucers" as those allegedly multidimensional structures would level any human-built craft.

The FBI has declassified documents mentioning flying saucers and "multidimensional beings", it follows from an almost 70-page report penned by an unnamed professor and recently leaked online, reportedly on the FBI's online vault. According to Alienstar and the Daily Star, the files dubbed Memorandum 6751 by UFOlogists discuss alien encounters dating back to 1947, mentioning extraterrestrial ray wielding "disks" and other alien objects.

"A very serious situation may develop at any time with regard to flying saucers. If one of these should be attacked the attacking plane will almost certainly be destroyed", the report reads, stating that in the public's mind this might create "near panic" along with international suspicion.

"This principle data concerning these craft is now at hand and must be offered no matter how fantastic and unintelligible it may seem to minds not previously instructed in thinking of this type", it explains dwelling on the incidents.

The report's anonymous author proceeds to depict the "flying saucers" and the way they operate:

"Part of the disks carry crews, others are under remote control", the files read insisting their mission is nothing but peaceful, but possess enough capacity to deal with human weaponry.

The report alleges that the visitors – "human-like but much larger in size" - contemplate "settling on this plane", and they travel on the disks that boast "a type of radiant energy, or ray, which will easily disintegrate any attacking ship".

Pointing to the objects' unrivalled elusiveness, it says they reenter from the etheric (their purported home according to the report) "at will and so simply disappear from our vision without trace".

The leak comes days after a jaw-dropping video emerged showing a shiny silver object, universally deemed to be a UFO or the US secret fleet, shooting through the skies adjacent to a passenger plane taking off from the city of Philadelphia, Pennsylvania.

Also, a "triangular craft" alleged to belong to the US military was recorded hovering over Indiana, with conspiracy theorists eagerly claiming it is genuine proof that the "secret spy plane" really exists.