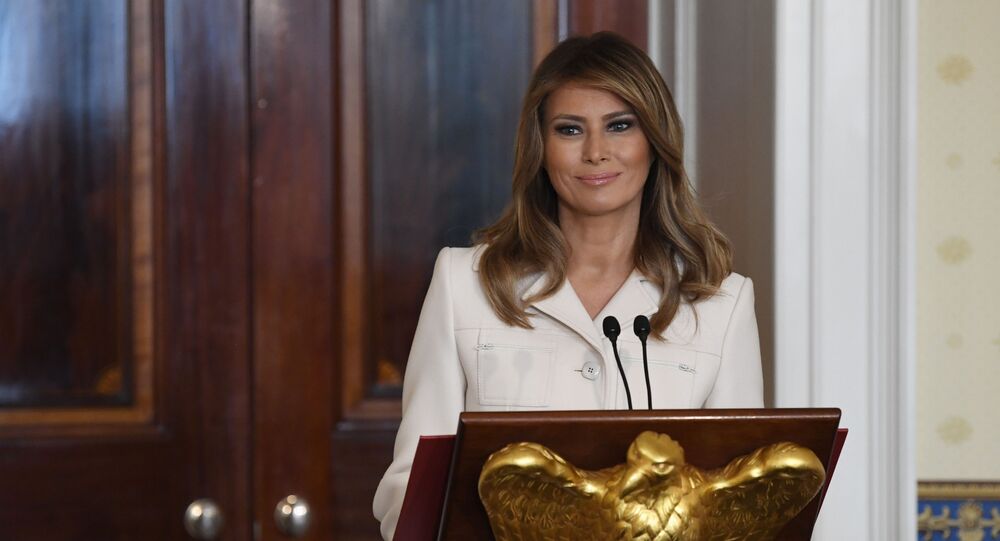 The book also reportedly mentions that Melania opted for a “non-response” to a reporter's questions about another woman, a former Playboy Playmate, who claimed that she too had had an affair with Trump.

According to the newspaper, Wolkoff revealed that she herself was “horrified by Stormy Daniels story”, but the same apparently could not be said about Melania.

"It's just politics", she simply told the author.

Melania Trump also reportedly opted to give a "non-response" to reporters’ questions about former Playboy Playmate Karen McDougal who, in 2018, also claimed that she had had an affair with Trump.

As Wolkoff remarked, Melania displayed no interest in "revealing her thoughts, feelings and perspectives about anything", adding that the FLOTUS' "nonresponse cast her as either a long-suffering victim of her unfaithful husband or a coldhearted gold digger."

Wilson, a New York party planner, departed the White House in February 2018 after it emerged that Donald Trump's inaugural committee paid $26 million to a firm she founded to plan events around his inauguration.

The White House has already reportedly disputed "much" of Wolkoff's book's content, arguing that the author has an "imagined need for revenge".

Stormy Daniels allegedly had an affair with Donald Trump in 2016 during his presidential campaign and was paid hush money to remain silent about it, though Trump and his lawyers have denied the event occurred.