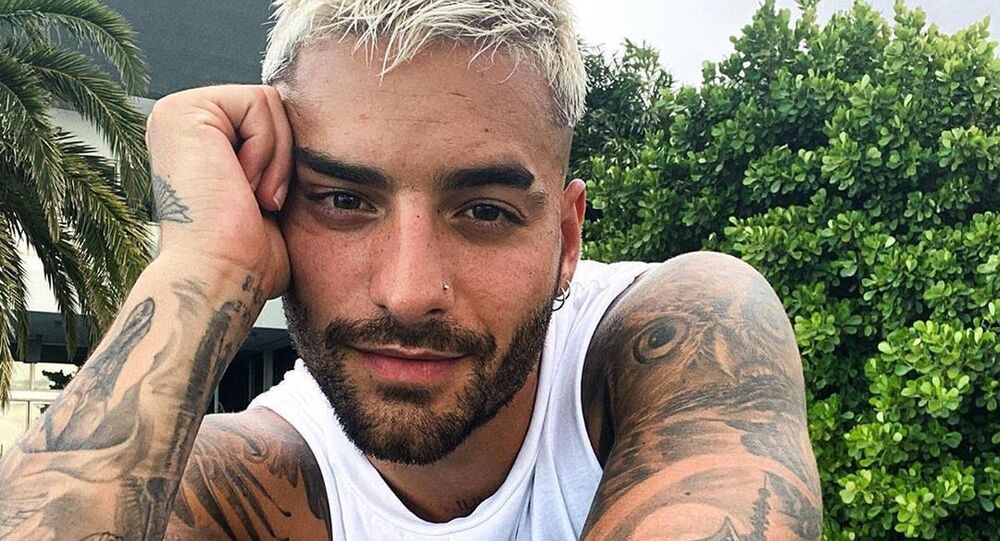 'Que Pena', a duo by Colombian singers Maluma and J Balvin, was released in September 2019, and the music video has since gained over 200 million views on YouTube. The popular reggaeton artists announced their collaboration in August 2019.

Maluma attended the ceremony, performing his latest hit "Hawai" from the new album "Papi Juancho" and delivering a speech from the stage.

"Wow. Oh my God. I can't believe this", he said, continuing in Spanglish: "Thank you to all my fans for their love and affection you show me every day. Especially to my mom and dad and little sister who are watching from home. Everything I do, I do for them."

​Both he and J Balvin come from Medellin, Colombia, which Maluma outlined during his speech on stage, also giving a shoutout to his partner and compatriot.

Congrats to @maluma and @JBALVIN on winning Best Latin at the #VMAs 🎉 pic.twitter.com/LpUJ0YS3CF

The reggaeton star intended to deliver a massive show on the VMA stage, involving dozens of dancers and even a bull, but due to coronavirus pandemic restrictions, the performance was toned down, Maluma told New York Post.

The ceremony featured performances by Lady Gaga, Ariana Grande, The Weeknd, Miley Cyrus and many other prominent figures of the music industry. The show also saw a tribute to Latino music, with several artists performing "Mi Gente", a big reggaeton hit by J Balvin, at several iconic locations in New York City including Spanish Harlem, Brooklyn and downtown.