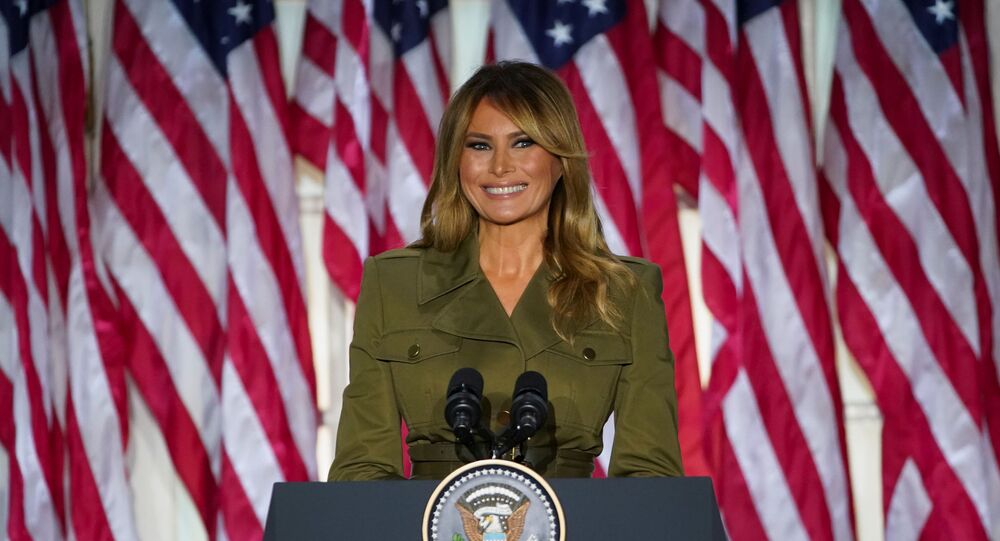 New details about Melania Trump, the current first lady of the United States and former model are revealed in a controversial book "Melania and Me: The Rise and Fall of My Friendship with the First Lady" by producer of nine astonishing Met Galas Stephanie Winston Wolkoff, slared to hit shelves in September.

Melania Trump refused to move into the White House in Washington, D.C. in 2017 "until it had been completely redesigned and revamped", the US first lady's former confidant Stephanie Winston Wolkoff says in her upcoming book.

According to Wolkoff, Melania just took one look at her bedroom and bathroom and demanded a new shower and toilet.

"She was not prepared to use the same bathroom as the Obamas or anyone else for that matter - it wouldn’t matter if it was the Queen of England. She wanted everything redecorated, repainted, new furniture and decor - everything was old and shabby and she wanted it to be brand new. Melania is the wife of the president and doesn’t expect she should have to make do with second hand or previously used facilities", Wolkoff said.

The former adviser continues by saying that the first lady stayed in the Trump Tower penthouse in New York with her son Barron until July 2017, while the redecoration and other improvements were made to Michelle Obama’s old houseroom.

"In fact she seemed to be much more concerned about the decor than she did about allegations of her husband’s alleged infidelity", according to Stephanie Winston Wolkoff.

The book reportedly contains some "harsh comments" allegedly made by the US first lady about Trump's daughter, Ivanka, as well as phrases "trashing" Melania's husband.

© REUTERS / CARLOS BARRIA
Melania Trump‘s Facial Expression as Ivanka Walks By After Delivering Her RNC Speech Goes Viral
In the meantime, Stephanie Grisham, who currently serves as chief of staff and press secretary to Melania Trump, has dismissed the allegations of FLOTUS making any negative remarks about President Donald Trump or the family.

Stephanie Winston Wolkoff first met Melania in 2003, when the former model was dating Donald Trump. Wolkoff started working for the Trump administration in 2016 where she helped prepare his inauguration and worked as Melania’s trusted adviser.

New details about the US first lady will be out on 1 September.