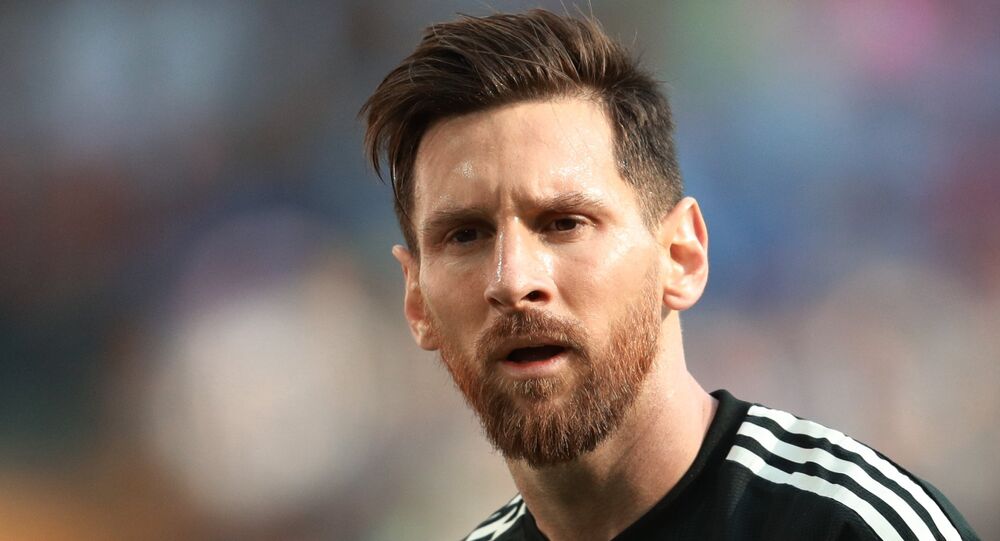 Simply the Best: A Look Back at Lionel Messi's Top 5 Career Achievements with FC Barcelona

Argentina's Lionel Messi is said to have told FC Barcelona that he wants to leave the club. The 33-year old is reported to have a loophole in his contract - initially set to end in 2021 - permitting him an early exit.

Reports emerged on Wednesday that star player Lionel Messi had informed FC Barcelona that he wishes to end his stay with the club this summer.

The claims by ESPN follow a massive defeat by Bayern Munich in the Champions League quarter-finals - among the worst in the club's history, which resulted in the sacking of coach Quique Setien.

As Messi mulls his options for the near future, here's a look back at some of the achievements that justified his 'best player in the world' tag.

The highest scorer for his two teams: Argenta, Barcelona, and in LaLiga tournament

Despite being arguably the best player on earth, it's not just his ability to drive the team forward that makes Messi such a legend on the field but his goalscoring prowess as well.

Messi currently leads in total goals scored in La Liga's history by a massive margin, with 444 goals in 485 games. This puts him way ahead of Cristiano Ronaldo who is Real Madrid's lead scorer with 311 goals in 292 games.

Playing for Barcelona, Messi has accumulated 634 goals in 669 matches, which is a whopping 400 goals more than Cesar Rodriguez in second place.

Messi is also the highest scorer for Argentina. Since 2005 he has scored 70 goals in 138 games for La Albiceleste.

20+ - Lionel Messi is the only player to score 20+ goals in 12 consecutive @LaLigaEN seasons:

The Barcelona forward Lionel Messi bagged the Ballon d'Or award (world's best male player trophy) six times - a record. It followed his achievement of 54 goals for his club and home country in 2018-19.

This puts him ahead of Juventus and Portugal forward Cristiano Ronaldo, who has won the award five times.

Playing for FC Barcelona and securing the World Player of the Year title in 2009, 2011, and 2015, Messi holds three separate club world cups - the first player ever to do so.

​Youngest Argentine to score in the World Cup

At just 18 years old in the 2006 World Cup in Germany, the young Messi managed to score a goal against Serbia-Montenegro - his first for the national Argentinian team.

Argentina won 6-0 and advanced as group winners before being eliminated at the quarter-final stage by the tournament's hosts in a penalty shoot-out.

​Highest-paid athlete in the world