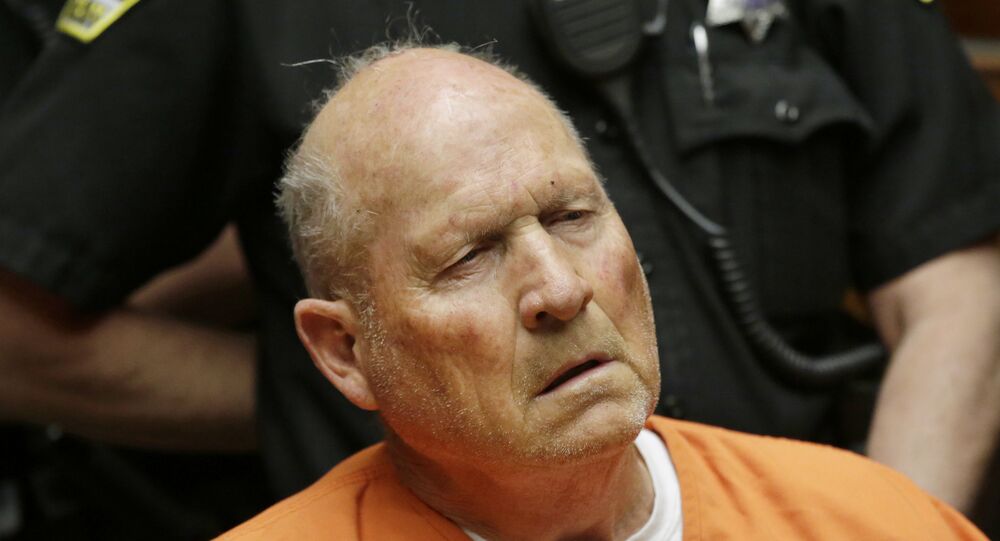 For almost 10 years, the residents of California were terrorized by a criminal that went by many names - East Area Rapist, Original Night Stalker, the Visalia Ransacker and the Golden State Killer. For decades investigators couldn’t find the criminal until in 2018 a free genealogy database offered a break in the case.

Joseph DeAngelo, known as the Golden State Killer, was sentenced to life in prison. The 74-year-old former police officer and Vietnam War veteran entered a plea deal to avoid the death penalty. As part of the agreement, DeAngelo admitted to committing crimes he has not been charged with. Last year he pleaded guilty to killing 13 individuals, raping more than 50 women and hundreds of burglaries in California.

"When a person commits monstrous acts they need to be locked away where they could never harm another innocent person", Sacramento Superior Court Judge Michael Bowman said at the sentencing hearing Friday.

Victims and relatives of victims testified during the hearing describing horrors inflicted upon them by the criminal.

One woman, who was 7-years-old when DeAngelo broke into her house and raped her mother, said his existence proves that "monsters are real". "He threatened to cut my ear off and bring it to her [mother]", the woman said. Other victims described how numbness in their hands lasted for months as the criminal tied their hands tightly during the attacks.

His lawyers tried to, if not to defend, but at least explain what provoked the atrocious crimes. They read letters from relatives and friends, which said that DeAngelo was abused by his father as a child. The criminal’s niece wrote that he once saved her life after she was physically abused by her own father.

After he was arrested in 2018 after police matched his DNA with a free genealogy database, DeAngelo started speaking to himself, addressing the person inside that he could not control.

"I did all that. I didn’t have the strength to push him out. He made me. He went with me. It was like in my head, I mean, he’s part of me. I didn’t want to do those things. I pushed Jerry out and had a happy life. I did all those things. I destroyed all their lives. So now I’ve got to pay the price", he said in 2018 during a court hearing.

Before the verdict, DeAngelo said: "I've listened to all your statements, each one of them, and I am truly sorry to everyone I hurt."