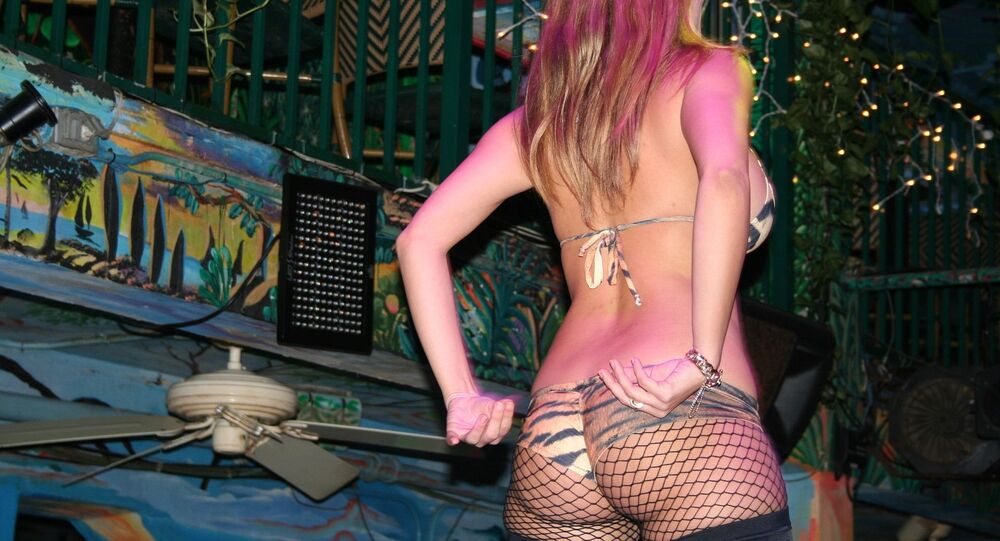 Onlyfans says it has seen a huge rise in demand since the beginning of the coronavirus lockdown but the company says it sees its future growth coming from beauty and fitness coaches and influencers, as much as from “adult content”.

In July this year Onlyfans’ CEO Tim Stokely told The Sun the company had paid its 660,000 content creators £956 million.

A model on the Onlyfans blog

An Onlyfans spokesperson told Sputnik: "Since the start of the pandemic in the beginning of March, the platform has indeed seen an increase of 75 percent in new sign-ups with currently around 200,000 new users every 24 hours."

The increase in “new users” means more people producing content on Onlyfans as well as those who are consuming it.

​The driver for the site’s success has undoubtedly been adult content and numerous webcam girls and other home-made pornographers have brought their fanbase with them to Onlyfans.

Subscribers pay as little as £4 (US$5.20) a month for content from their favourite performers and Onlyfans takes a 20 percent cut.

She told the New York Times: "They want the opportunity to get to know somebody they’ve seen in a magazine or on social media. I’m like their online girlfriend."

But the Onlyfans spokesperson said: “This spike in new users can be attributed to an influx of new, more mainstream content creators who have recently found their way to the platform to monetise their following. A fairly new trend that OnlyFans has observed over the past months.”

She said Onlyfans had recently seen a number of influencers - "mainly in the beauty, health and fitness space” join up. 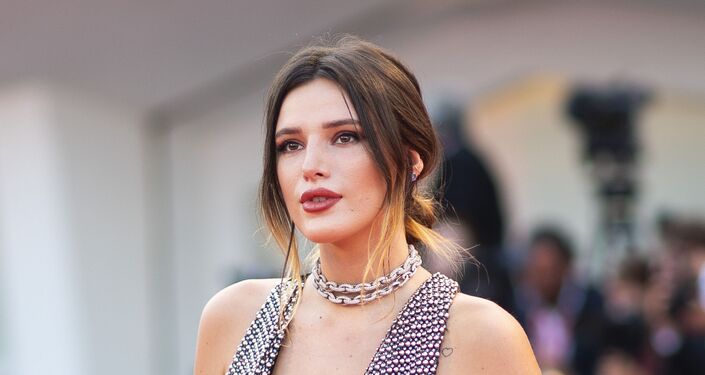 © AP Photo / Arthur Mola
Actress Bella Thorne poses for photographers upon arrival at the premiere of the film 'Joker' at the 76th edition of the Venice Film Festival, Venice, Italy, Saturday, Aug. 31, 2019

But it is not just women who attract fans - rappers Casanova and Swae Lee have Onlyfans accounts as does Matthew Camp, a model and dancer who has a big following in the gay community.

Should I make an only fans pic.twitter.com/KgKysvxo3F

​But Stokely, who lives in a £2.5 million home just north of London, remains the CEO and he is reportedly trying to broaden the appeal of Onlyfans away from just adult content.

It’s Dare Dannii Day over on my page !!! What would u dare me to do???https://t.co/vBuKHtMWYk pic.twitter.com/v9hoFfPlI0

​She said: "It’s interesting to see how everybody has been using their creativity - a lot of new fitness experts have found their way to the platform, people are fundraising for charity, musicians and drag queens are using OnlyFans to perform “digital gigs” for their fans.”

Asked how the site prevents paedophiles and other anti-social elements from using Onlyfans, the spokesperson said: “We have multiple systems in place to monitor for illegal activity on the site and take appropriate action immediately. We encourage all of our creators to use their best judgement and to comply with the law in their local jurisdiction when interacting with fans but no problems have been reported in that regard.”