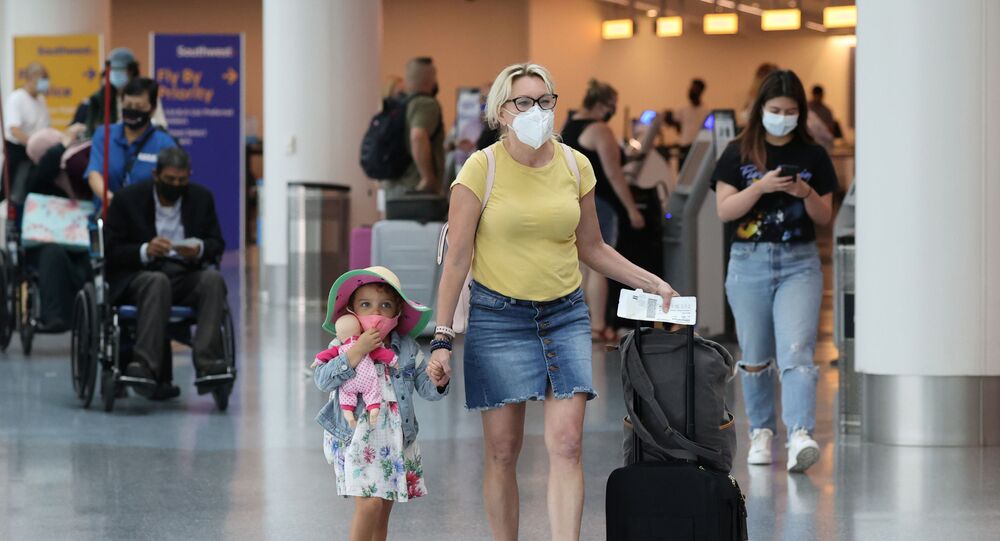 The United States on Monday reported around 35,000 new COVID-19 cases, which is the lowest daily count in almost two months.

According to Johns Hopkins University's Center for Systems Science and Engineering database, there were 35,100 new cases reported in the US on Monday, which is the lowest figure since June 25, when almost 40,000 new cases were reported.

The latest Johns Hopkins data shows that almost 5.5 million cases of the novel coronavirus have been confirmed in the US, with more than 171,000 related deaths.

On Monday, there were 445 new fatalities, one of the US’ lowest daily death counts since mid-July, when COVID-19 cases across many states surged.

However, despite the decreasing cases and deaths, US hospitals in July already began preparing for an expected second wave in the fall by stocking up on medications used in COVID-19 treatment, such as the generic steroid dexamethasone and the antiviral drug remdesivir, according to a July report by the Wall Street Journal. Hospitals are also stocking up on sedatives like propofol and painkillers like fentanyl.

Many public health experts have warned that a second wave of the novel coronavirus in the fall and winter could be even deadlier, as it would coincide with flu season.

“There’s a possibility that the assault of the virus on our nation next winter will actually be even more difficult than the one we just went through,” US Centers for Disease Control and Prevention (CDC) Director Robert Redfield said in an interview with the Washington Post in April. “And when I’ve said this to others, they kind of put their head back, they don’t understand what I mean.”

In addition, the latest projections by the CDC forecast that the US COVID-19 death toll could reach 200,000 by September 5.