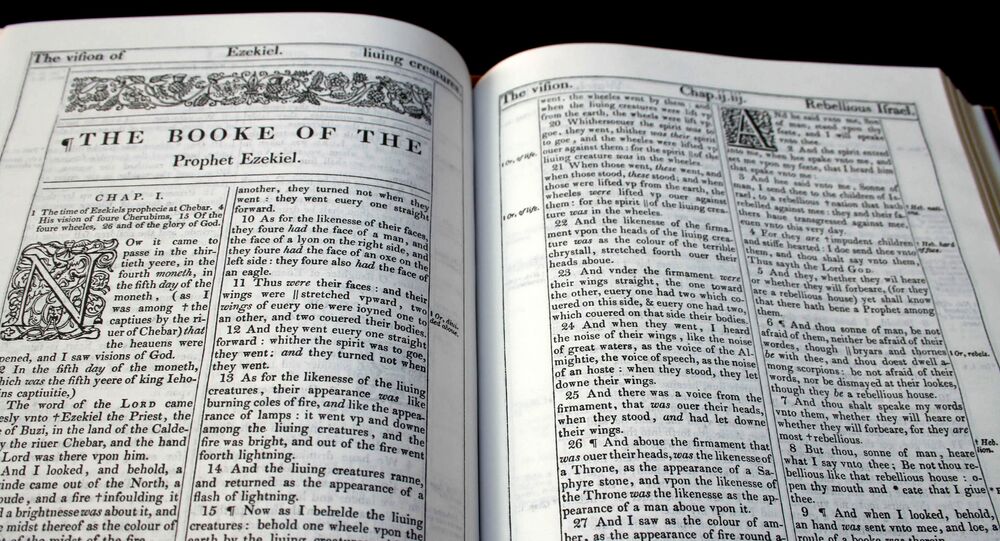 Last week, Israel and the United Arab Emirates struck a historic deal that established diplomatic relations between the two states. But for some, the agreement is just a sign of a coming doomsday.

The Israel-UAE peace deal may be linked to Biblical prophecies that describe events leading to the end of the world, observers from the Bible Prophecy - Signposts of the Times blog claimed.

As the United Arab Emirates became the first ever country in the Persian Gulf to normalise ties with Tel Aviv, conspiracy theorists rushed to link this development to what is known as the Gog-Magog alliance, the union of lands and individuals which are seen as “future enemies” of Israel, according to the Journal of the Adventist Theological. Gog is often compared to the Antichrist in the literature, arriving just before the Last Judgment.

It was claimed in the Journal of the Adventist Theological back in 2007 that the alliance in question “will attack only after Israel is living securely in their land when they are at peace with their neighbours and under no visible threat”.

Now doomsday predictors from the blog noted that the new peace agreement could be linked to these prophesies allegedly exemplified by chapter 38 of the Book of Ezekiel:

“According to some of the commentaries on Ezekiel, chapters 38 & 38, the location of Ancient Sheba and Dedan was in Arabia. Present day United Arab Emirates, which has just agreed to a peace deal with Israel, is located on the Arabian Peninsula”, the blog suggests.

“Might Ezekiel have been referring to this present day location and nations when he penned his prophecy centuries ago?”

© REUTERS / KEVIN LAMARQUE
U.S. President Donald Trump receives applause after announcing that Israel and the United Arab Emirates have reached a peace deal that will lead to full normalization of diplomatic relations between the two Middle Eastern nations in an agreement that Trump helped broker, at White House in Washington, U.S., August 13, 2020

The blog’s authors then quote the passage from the Bible:

“Sheba and Dedan and the merchants of Tarshish and all her villages will say to you, ‘Have you come to plunder? Have you gathered your hordes to loot, to carry off silver and gold, to take away livestock and goods and to seize much plunder?' ‘Therefore, son of man, prophesy and say to Gog: 'This is what the Sovereign LORD says: In that day, when my people Israel are living in safety, will you not take notice of it?’”

It is then claimed, that the agreement could also be a predictor of “an overarching Middle-East peace deal”. In the meantime, it is said, that “at the very same time that nations are confirming peace deals with Israel, the other nations mentioned by the Prophet Ezekiel are also firming up their ongoing hatred of the Jewish State”.

“It seems that the alliances of Ezekiel's prophecy, (Gog/Magog), are coming together in rapid progression. This news if very important as it indicates that the puzzles pieces continue to formulate in this mosaic of End-Times events”, the conspiracists conclude.

There is no evidence to back up any of these claims, and alarmists have long been searching for signs to prove the imminence of upcoming apocalypse. There are also no existing nations that can be directly linked to the lands described in the sacred book.

The peace deal between Israel and the United Arab Emirates, dubbed the “Abraham Accord”, was announced by US President Donald Trump on 13 August. The UAE became the third country in the Middle East to establish diplomatic relationship with Tel Aviv, after Egypt in 1979 and Jordan in 1994. However, this development was slammed by Turkish and Iranian authorities, with Tehran calling it a “huge mistake” and a “treacherous act” against the Palestinians.