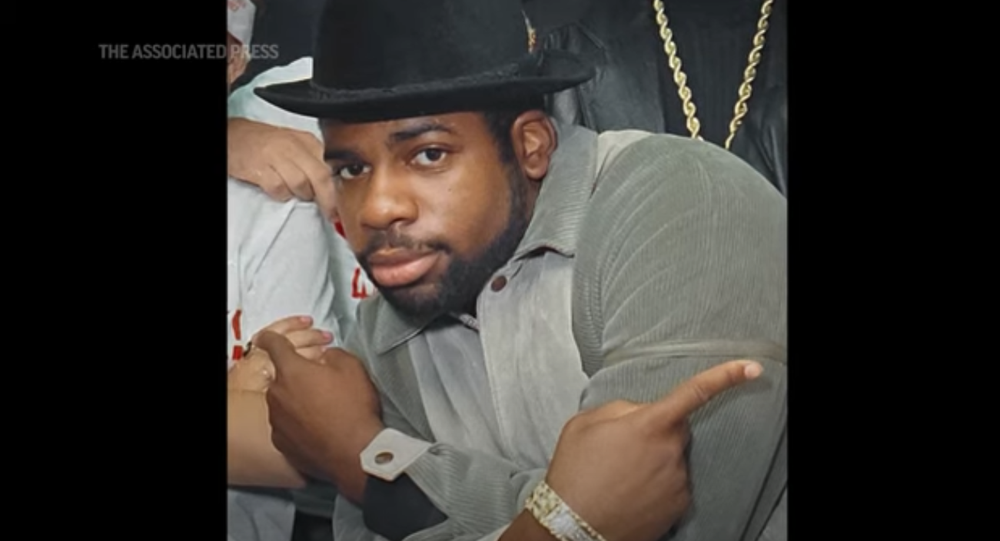 Two men have been charged for their alleged roles in the 2002 slaying of Jason “Jay” Mizell, popularly known as Jam Master Jay and one-third of the legendary ‘80s hip hop group Run DMC.

US Attorney for the Eastern District of New York Seth Ducharme announced Monday that Ronald Washington and Karl Jordan Jr. had been indicted by a grand jury on murder charges over the shocking killing of Mizell in the New York City, New York, borough of Queens.

Ducharme detailed that he and the other federal prosecutors on the case filed court documents alleging that both suspects entered a music recording studio occupied by Mizell and other artists on October 30, 2002.

“They walked in and murdered him in cold blood,” he said, matter-of-factly.

“Prosecutors allege [Washington] waved a handgun around and ordered people in Jay’s Queens recording studio to lie on the ground, providing cover while Jordan fatally shot him in the head,” the Associated Press detailed. Mizell was struck in the head with a single .40-caliber bullet.

Court documents revealed that Washington is currently serving a federal prison sentence for a series of robberies committed after Mizell’s death. Nevertheless, federal prosecutors have requested that both suspects be jailed pending trial.

Mizell, who is survived by his wife and three children, was posthumously awarded a Grammy Lifetime Achievement Award in 2016.

More recently, his legacy and the mystery surrounding his death were documented in the December 2018 Netflix film “ReMastered: Who Killed Jam Master Jay?”

Less than two years after Mizell’s family reemphasized their persistent calls for justice, Jam Master Jay’s loved ones may be one step closer to their goal.

“To the family and friends of Mr. Mizell, who’ve endured a heavy burden of grief over these many years, we hope that today’s arrests and indictments and this announcement will bring some measure of peace,” Daryl S. McCormick, assistant special agent in charge of the New York Field Division of the US Bureau of Alcohol, Tobacco, Firearms and Explosives, remarked during the Monday news conference.

The indictment noted that the accused duo was also engaged in a conspiracy to distribute 5 kilograms of cocaine around the same time as the 2002 slaying. If convicted, each man faces a mandatory minimum sentence of 20 years in prison. The maximum sentence includes life imprisonment or the death penalty.