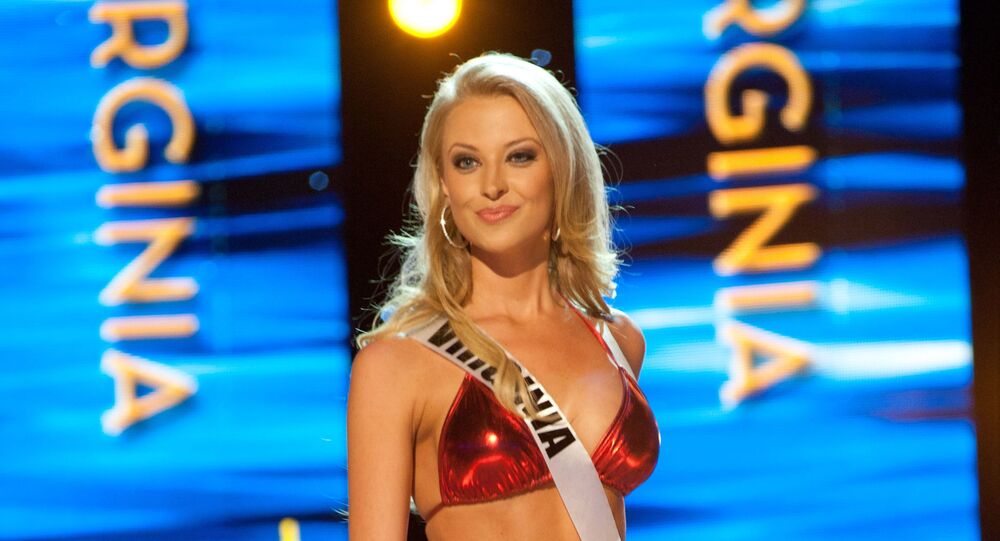 In an unrelated incident back in 2017, Poteet was also accused of assaulting her then-boyfriend, but the charges were later dropped.

According to the media outlet, while Poteet has already been charged with whipping the 43-year old man with a dog chain, the new charge, heard in Burwood court on 13 August, is related to her allegedly breaking his nose.

The incident in question reportedly took place earlier this year at the man's residence in the Sydney suburb of Croydon.

Both charges against Poteet have been adjourned to Burwood Local Court in September, the media outlet adds.

Brittany Nicole Poteet, who moved to Australia back in 2014, had previously won the Miss Virginia USA pageant and proceeded to participate in the national Miss USA pageant, though she reportedly had to "hand back her Miss United States crown" after posting on Facebook a picture of her wearing said crown, with a caption saying "Miss Alcoholic USA".

During her stay in Australia, Poteet has performed as a female wrestler for Kingdon Wrestling Entertainment, and in 2019, she won the Miss Globe Australia 2019 beauty pageant.

The media outlet also noted earlier that, in an unrelated incident that took place in 2017, Poteet “was charged with assaulting her then-boyfriend Wade McKenzie occasioning actual bodily harm”, but the charges were later dropped.