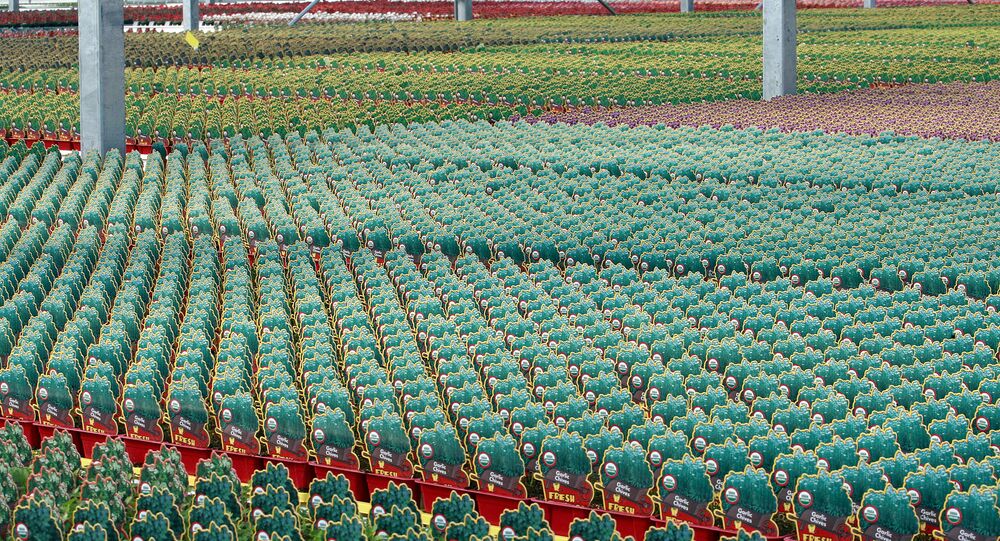 The US Department of Agriculture (USDA) is investigating incidents in which thousands of US citizens have received mysterious shipments from China carrying unidentified seeds, noxious weeds and bug larvae.

"We have received more than 9,000 emails from private citizens across the country who report receiving unsolicited seeds, and we have collected 925 packages," Osama El-Lissy, the USDA's deputy administrator for plant protection and quarantine, said Wednesday in department audio recordings, reported UPI.

El-Lissy also noted that US Customs and Border Protection officials are working with the USDA to “intercept any future packages being shipped to the US,” Fox News reported.

In Florida alone, almost 2,000 people have received packages with the seeds. According to Trevor Smith, director of the Division of Plant Industry for the Florida Department of Agriculture and Consumer Services, most of the state’s residents who received packages previously ordered seeds online through Chinese companies without realizing the products’ origin.

Some of the mystery seeds delivered across the US have turned out to be from common plants like marigolds and herbs. Other seeds contained larvae from a type of leaf beetle. Still others belonged to weeds such as water spinach and dodder, a parasitic vine that can rapidly entwine host plants.

People who receive any seeds are being encouraged to file a report with the agriculture department in the state where they live.

The USDA believes that the packages may be part of a so-called online “brushing scheme,” in which online sellers send unsolicited items to consumers and then use the delivery confirmation to generate fake reviews for their products.

"State inspectors are going out to pick up packets at extension offices and at homes, if people want that," Smith said. "We're delivering seeds to the USDA at this point, because they want to do the research."

The USDA also said that it plans to examine the seeds at plant inspection sites across all states. Eventually, the seeds eventually be incinerated.

An investigation has also already been carried out by the Arkansas Department of Agriculture after a man in the state planted the mystery seeds.

“Department staff performed an unofficial identification of the plants and determined that it was Benincasa hispida – common name: wax gourd, winter melon, Chinese watermelon. Out of an abundance of caution the plant material was incinerated,” Arkansas Department of Agriculture Public Information Manager Anna Thrash said in an email to Fox News. “After further discussion with our USDA partners we will be transferring plant material collected in the future to them for official identification.”

Jonathan Crane, a professor and tropical fruit specialist at the University of Florida, warned of the effects invasive pests, fungi or plant viruses can have on crops. "When you look at the billion-dollar consequences, it's just devastating,” he told UPI.

"The impact isn't felt by the big commercial entities -- it's felt by the farmers and consumers, and it can put the food supply in jeopardy," Crane added.