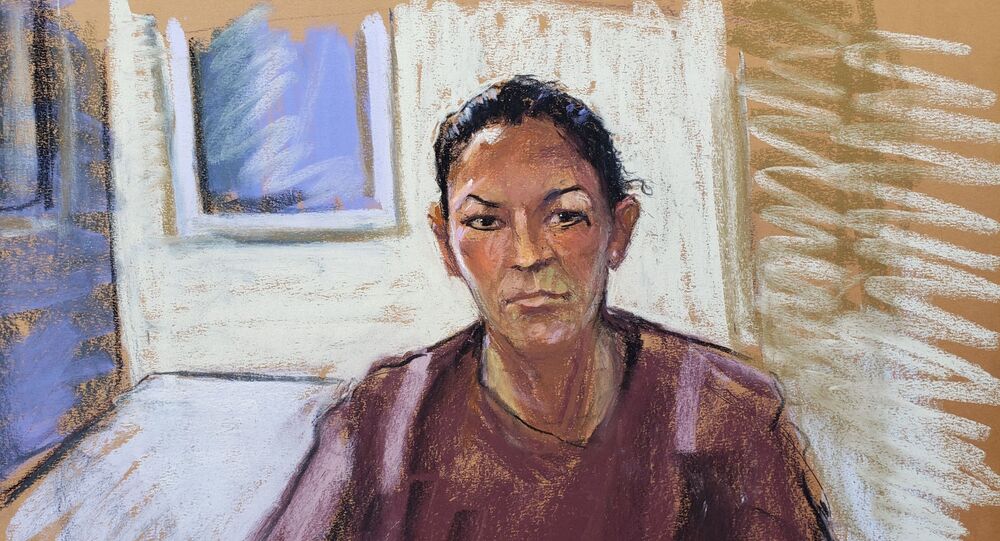 The British socialite and Jeffrey Epstein's friend and ex-partner faces a mid-2021 trial on six federal charges, which she has pleaded not guilty to. If found guilty, she faces up to 35 years behind bars.

Ghislaine Maxwell's attorneys have claimed that her private Brooklyn jailhouse calls with them are being unlawfully recorded, in violation of New York State laws, according to a newly unveiled filing haded over to a federal judge.

Although her initial jail conditions were even stricter, as she was put on suicide watch following her long-sought arrest in early July, she remains in solitary confinement, in "uniquely onerous conditions", the layers claim.

"[Maxwell] continues to be surveilled 24 hours a day by security cameras and by multiple prison guards, many of whom do not appear to be regular MDC personnel", the filing released by the media reads.

It goes on to state that the guards take note "on her every activity, including her phone conversations with defence counsel", while New York law protects against any disclosure of "confidential communication" between an attorney and their client.

"Her cell is [still] searched multiple times a day and she has been forced to undergo numerous body scans", the document continues, adding it is now apparent that such treatment is "a reaction to the circumstances surrounding the pretrial detention and death of Mr Epstein".

The lawyers note that their client has never shown any signs of being suicidal or demonstrated any risk of her eventually becoming so.

"As a result of what occurred with Mr Epstein, Ms Maxwell is being treated worse than other similarly situated pretrial detainees", the filing infers.

It also claims that current conditions have been preventing Maxwell from getting ready for her trial, now scheduled for July 2021.

Lawyers have requested that she be allowed more time with a computer to study documents related to her case and to be "released to the general population and be granted the privileges given to other pretrial detainees".

They earlier applied for bail following her arrest, but the request was declined after prosecutors argued that she was an "extreme flight risk".

Maxwell faces six federal charges, including sex trafficking of minors for financier Epstein between 1994 and 1997, personal involvement in the abuse, and even perjury during her earlier testimony, which could put her behind bars for a total of 35 years. She has pleaded not guilty to all the charges, with the attorneys calling her indictment "meritless".

This article came out today. It’s a gross attempt by a “source” to move some of Maxwell’s awful over to Jean Luc Brunel when both have enough individual awful to call it done.

Apart from the sex-slave-procurement debate, she has of late been a central figure in some matrimonial stories, namely about her alleged marriage to former Coast Guard officer Scott Borgerson.

He denied being married to Epstein's suspected "madam", but there has been much evidence-based speculation that the two are indeed husband and wife. According to The New York Times, Maxwell could have sought some association with Borgerson as part of an attempt to improve her image amid across-the-board scrutiny over convicted paedophile Epstein's circle, which is known to have consisted of big shots, largely from the world of business and politics.