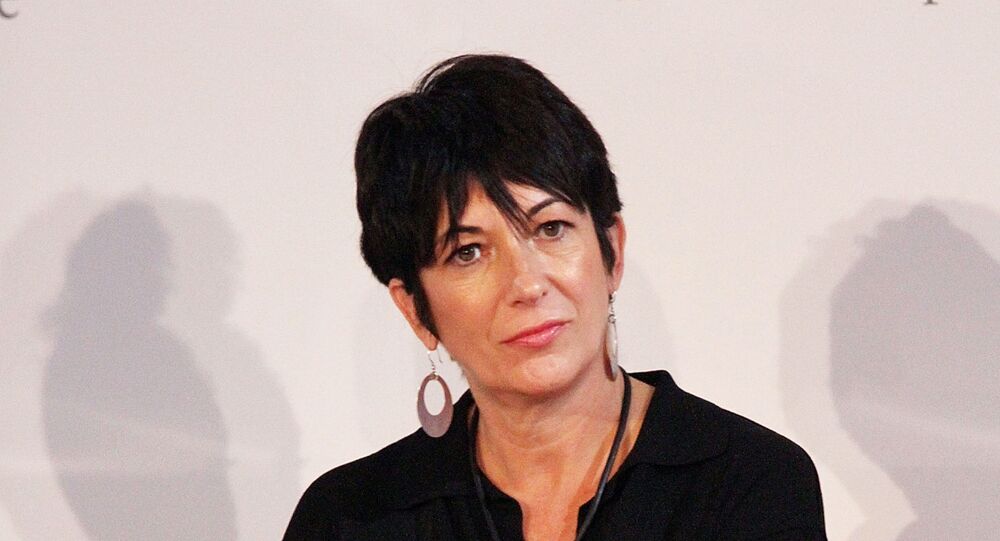 Jean-Luc Brunel, who gained prominence by leading a modeling agency and discovering such iconic models as Christy Turlington and Milla Jovovich, has been in hiding ever since Epstein was arrested in 2019 on charges of running a sex trafficking network.

Never-before-seen photos appear to show Ghislaine Maxwell, former girlfriend and companion of Jeffrey Epstein having fun with Jean-Luc Brunel on Epstein's private island. The images show Maxwell playfully wrestling with the Frenchmen at the Little Saint James, where Epstein's alleged victims claim the billionaire abused women and underage girls together with his powerful friends.

A funny thing to do will be for @JamesSBeal to discover Brunel’s real name. #epstein #GhislaineMaxwell https://t.co/RF1QiFeODe

​A source, who visited the island, told The Sun that the images were taken in 2003. "On this occasion, she had just returned from the gym and was eating when Jean-Luc suddenly grabbed her", the source told the newspaper.

Brunel fled Europe and went to the United States after he was accused by several models of sexual abuse. There he formed another modeling agency, which one of Epstein's purported sex slaves Virginia Giuffre, claimed was a cover for sex trafficking. Giuffre, who claimed she was trafficked to London by Epstein and Maxwell and was forced to have sex with Prince Andrew, also said Brunel was one of Epstein's friends she had been allegedly instructed to have sex with. The woman also claimed the French model scout presented Epstein with 12-year-old twins for his birthday.

"Jeffrey bragged they were 12-year-olds and flown over from France because they're really poor over there and their parents needed the money", Giuffre said, according to court documents released last year.

Brunel is said to have visited Epstein's Little Saint James more than a dozen times and frequently paid visits to the billionaire in 2008 when he spent almost 13 months in jail as part of his first criminal case, which saw him register as a sex offender.

© AFP 2020 / STEPHANIE KEITH
One Year On: What Has Changed Since Epstein’s Mystery Death

After Epstein was charged in July 2019 with running a sex trafficking network of minors, Brunel went into hiding. The French National Police have since launched an investigation into allegations made against the Frenchmen.

Epstein was found dead in his cell on 10 August 2019 while awaiting trial. His companion and former girlfriend Ghislaine Maxwell was arrested by the FBI last month and is facing six charges, including a charge of enticing minors – one as young as 14 – to engage in illegal sex acts. She pleaded not guilty to all charges.