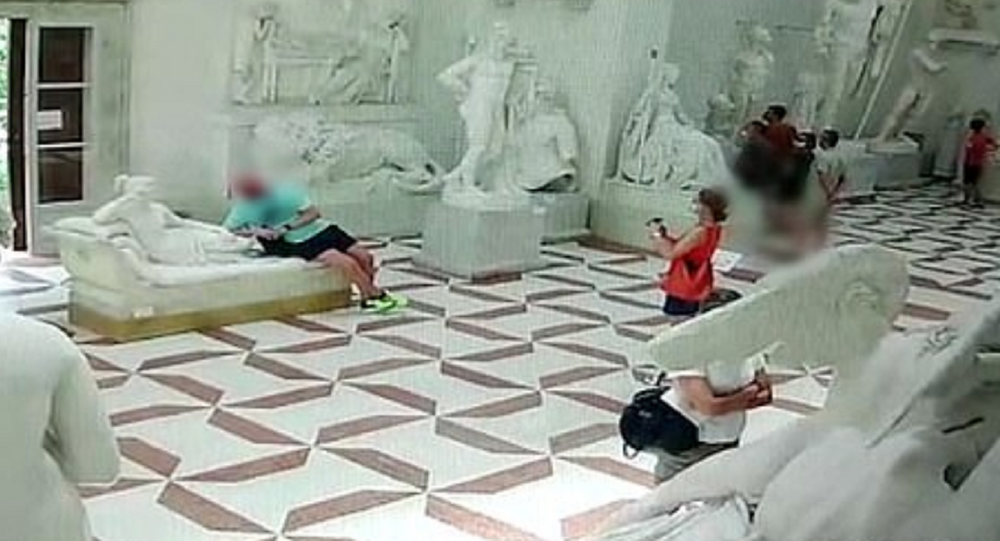 A 50-year-old Austrian man was recently caught on surveillance video breaking three toes off of a 200-year-old Italian sculpture.

According to Italian news outlet ANSA, the man broke the toes off a Paolina Bonaparte statue at the Gipsoteca Museum in Possagno, northern Italy, while he was touching the art piece and posing for a photo.

​Paolina Bonaparte was the first sovereign duchess of Guastalla in Italy. She was also the sister of Napoleon Bonaparte, the French military leader who became France’s emperor in 1804.

The incident is believed to have occured on Saturday. Italian police tracked down the man behind the damage on Tuesday after studying surveillance footage from the museum, ANSA reported.

​Police were able to identify the culprit because all visitors to the museum must leave their personal information at the front desk in case they need to be tracked down in the event of a COVID-19 outbreak.

When police contacted a woman who had provided the museum with personal information on behalf of her and her husband, she burst into tears and revealed that her husband, whose name has not been released, was behind the incident, ANSA reported.

The man has admitted to damaging the statue and offered to pay compensation.

The case is now being investigated by criminal prosecutors in Treviso, the province in which Possagno is located.

The statue was created by Italian neoclassical sculptor Antonio Canova, who lived from 1757 to 1822. The damaged art piece is a plaster cast model upon which Canova based a marble statue that is currently in Rome.

Pronto! Italy Celebrates as New Bridge in Genoa Opens Only Two Years After Disaster Which Killed 43