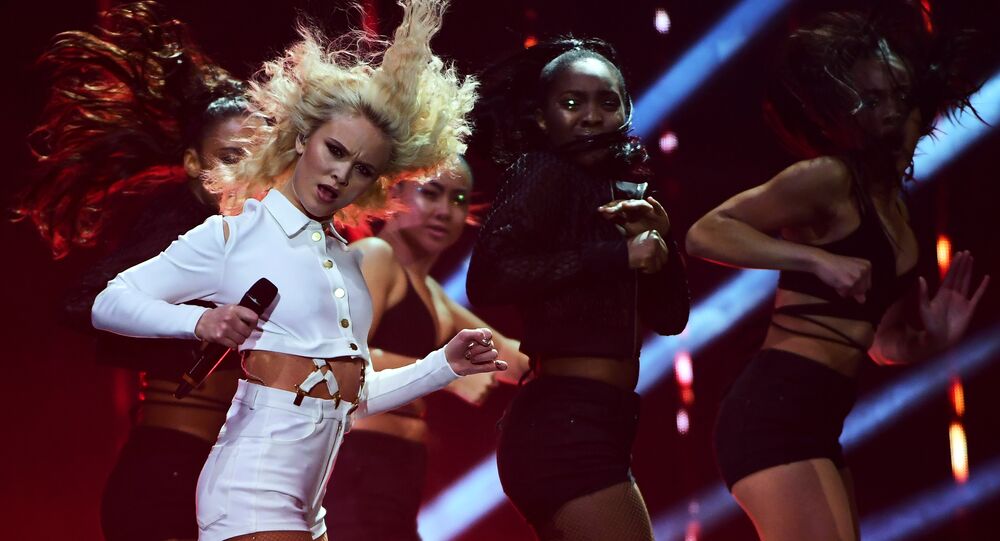 Singer and influencer Zara Larsson, an avowed feminist, is no stranger to controversy and has been criticised before for misandrist posts, tweeting “ACAB” (All cops are bastards) in connection with the Black Lives Matter protests in the US, and maintaining a relationship with Chinese mobile giant Huawei.

“Because D*nald Tr*mp hates TikTok, I love it even more”, Larsson wrote in a since-deleted tweet filled with heart emojis.

This was a nod to Donald Trump's recent announcement that TikTok will be banned in the US.

The TikTok app, which allows users to upload short movie clips to various pieces of music, has become a huge success over the past year, but has also drawn accusations of spying and harvesting its users' data on behalf of the Chinese leadership.

Larsson's take has spurred an outcry among the public.

​Nordén went on to call TikTok “an app used by the Chinese state to spy via mobile phones” and emphasised that the same accusations were earlier directed at the Chinese mobile giant Huawei, which Zara Larsson happens to have an ongoing business relationship with. Multiple countries have limited their collaboration with Huawei and are considering legislation that would effectively ban it. The company denies any malpractice and claims it is ready to sign “no spy” agreements with the countries concerned.

In a 2019 interview with the magazine Resumé, Larsson said she was “not particularly familiar” with the controversy surrounding Huawei.

“I am not particularly familiar with it, my focus is on the mobile. That is what I represent in this collaboration. Huawei is a privately owned company in China that has now come up with a good mobile, I'm not thinking about or commenting any further, because I have nothing to do with it really. The mobile phone is the product we are associated with. The rest still feels quite calm”, Zara Larsson told Resumé.

“Zara Larsson is not known for being particularly intelligent, well-read, or understanding of how the world works. What she is known for, however, is having a lot of opinions about things that she has no idea or knowledge about, just like many other celebrities”, one user mused.

​“So tired of all the artists with ZERO experience from real life who turn political activists. I have been boycotting 'Brat' Larsson for several years”, another one chimed in.

​“Because Zara Larsson loves TikTok and Huawei I hate it even more!” yet another one mimicked Larsson's original posture.

Because Zara Larsson loves TikTok and Huawei I hate it even more! https://t.co/nNd7ohzavD

​Award-winning Zara Larsson is an avowed feminist, to the point of being labelled a “man hater” by many. In 2016, she landed in a pickle for wondering "Can old people die already?" following the election of Donald Trump. Most recently, she was criticised for tweeting “ACAB” (which stands for All cops are bastards) in connection with the recent Black Lives Matter protests. Zara Larsson has over half a million followers on TikTok.