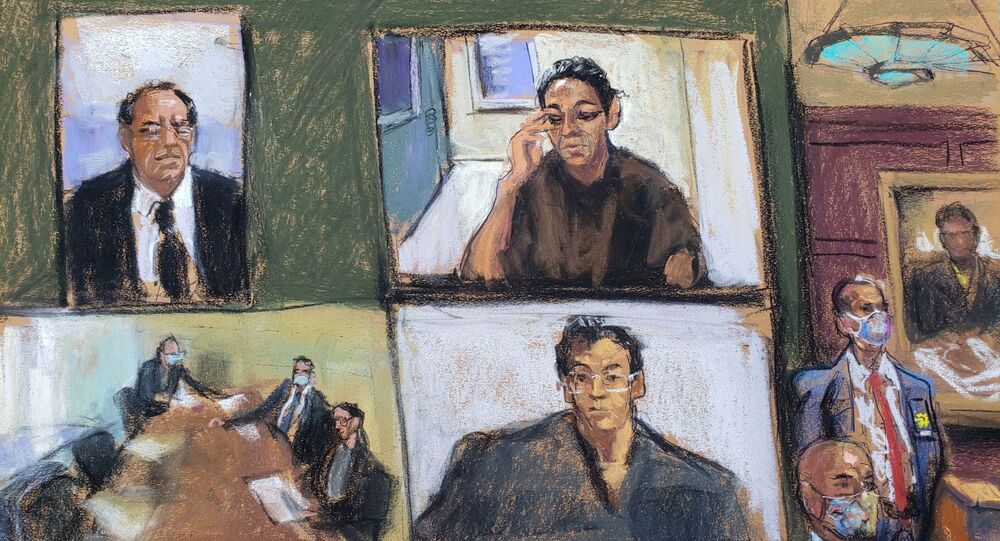 Ghislaine Maxwell, who is already facing six federal criminal charges, is also fighting to stop her deposition from a 2015 lawsuit from being released, with a hearing for the appeal slated for 22 September.

Convicted paedophile Jeffrey Epstein’s alleged “pimp" Ghislaine Maxwell won a legal battle to keep “highly intrusive” documents about her private life secret hours before they were to be made public.

The 58-year-old socialite, who was detained in her New Hampshire hideaway in early July, argued against releasing documents from her deposition, saying they are “extremely personal, confidential and subject to considerable abuse by the media”.

The deposition materials came from a now-settled civil defamation lawsuit filed against Maxwell by one of the late billionaire’s alleged victims, Virginia Giuffre, whose deposition was made public on Thursday night.

Maxwell's lawyers hit back, accusing Guiffre of leaking the deposition with the sole aim of setting up a "perjury trap" for Maxwell, as the potentially compromising details of “her sex life” could make it “difficult if not impossible” to find an impartial jury.

The release of the dossiers was delayed until at least 22 September - the day when arguments for Maxwell's appeal will be heard on an expedited basis.

However, dozens of other documents from the Maxwell case were released late on Thursday, after the judge ruled that the public had a right to scrutinise them.

The files included claims made by Giuffre that Bill Clinton visited Epstein's notorious island in the Caribbean, which the financier's private jet, dubbed the "Lolita Express", frequently conducted flights to, reportedly with young girls on board.

Elsewhere in her files, Giuffre describes her alleged ordeal, detailing how Maxwell undressed her and told her to lick Jeffrey Epstein's nipples during their first meeting when she was 15.

Her testimony, reportedly from 2011, formed part of a 2015 libel case against Maxwell that has hitherto been under wraps.

Giuffre claimed that Maxwell, who is charged with procuring girls for Epstein for sex, also stripped naked, instructed her to perform oral sex on the financier while he fondled her, and then told her to “straddle him sexually” while stressing continuously how powerful he was.

Lawyers for Maxwell said on 10 July in a court filing requesting bail for her that she had not contacted Epstein in any way for "more than a decade”. However, she was denied the possibility, with a judge referring to her as a flight risk.

Maxwell is now battling prosecutors in her criminal case over the scope of a protective order which is supposed to secure her right to a fair trial while guaranteeing her accusers’ privacy. Epstein's suspected "madam" faces six different charges, including personal involvement in sexual abuse and perjury for her denials of facilitating Epstein’s sex trafficking, which could put her behind bars for up to 35 years if she is found guilty.  She has to date pleaded not guilty to all the charges. Major court proceedings in the “Epstein pimp” case are slated for next July.