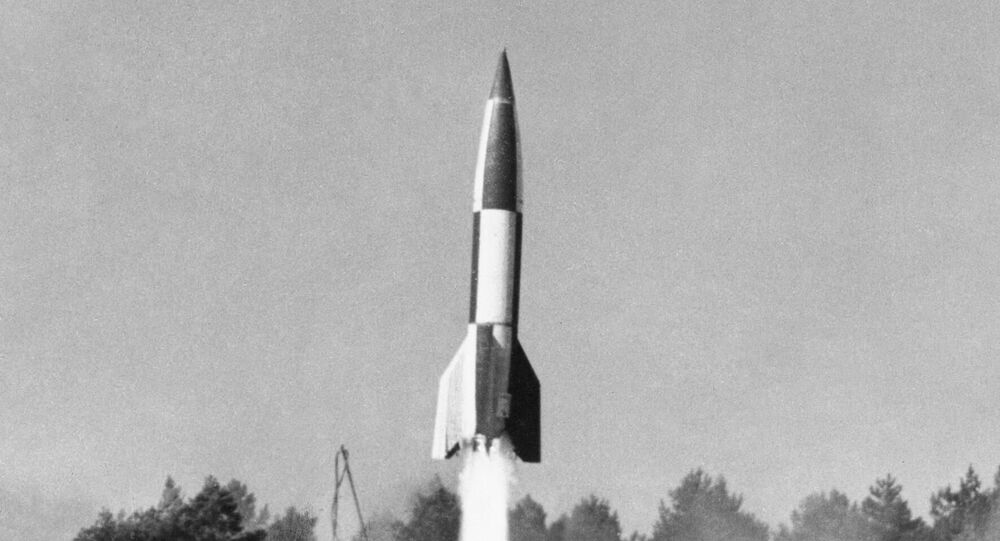 Could Nazis Have Fled to the Moon? Former Pentagon Official Claims It's Possible

The suicide of Adolf Hitler and other high-ranking officials in the Third Reich prompted numerous conspiracy theories, according to which the Nazi elite faked their deaths and escaped to other countries (some reports claim they hid in a secret base in the Arctic) where they lived in disguise.

Could the Nazis have achieved such technological progress that they were able to escape allied forces by travelling to the Moon? Sounds preposterous, right (though 2020 has already proven anything is possible)? A former Pentagon official Douglas MacKinnon claims it could be true. MacKinnon based his hypothesis on a statement he claims to have heard from a Soviet general.

The official, who also worked at the White House, wrote in The Sun about a dinner US officials had with two Soviet generals, whose names he did not reveal. According to MacKinnon, he became privy to the conversation that occurred during the meeting. One of the generals revealed that when Soviet troops closed in on the Nazis top secret rocket base in Peenemünde several soldiers witnessed flames from several rockets many times larger than the V-2 craft (the world’s first long-range ballistic missile developed by Nazi Germany)

"To the best of our knowledge, those rockets never came back down anywhere on Earth. To this day, I have always wondered who was in those rockets and how many?", the general said as cited by MacKinnon.

MacKinnon wrote about the conversation in his notebook although he admits he "had absolutely no idea what to do" with it. However, in 2018 when China, Russia, and the United States announced plans to send missions to the Moon, MacKinnon remembered the statement made by the Soviet general and decided to research the subject. He reached out to experts to find whether it was possible for the Nazis to flee to the Moon.

"They in turn got a bit fired-up and began coming up with plausible scenarios on how such an incredible feat could have been pulled off. And then, how that representation of the Nazi military might not only survive on the Moon, but thrive. All of a sudden, the conversations folded-in: a direct ascent – 36 hour – launch to the Moon; a landing at the South Pole; the discovery of water, oxygen, and Helium 3. And even the cannibalisation of each and every spacecraft ever landed upon the lunar surface by the Russians, the United States, and the Chinese", wrote MacKinnon.

After months of conversations with experts and research into the Nazi rocket programme, the former Pentagon and White House official, decided to turn them into a book "The Dawn of a Nazi Moon: Book One", released on 28 July.

Adolf Hitler’s suicide and the suicide of other high-ranking officials in the Third Reich sparked many conspiracy theories. The Fuhrer shot himself 30 April 1945 and according to his instructions his body and the body of his life companion Eva Braun, whom he married shortly before the two killed themselves, were fully burned. Hitler’s death was confirmed via analysis of his lower jaw and dental work.