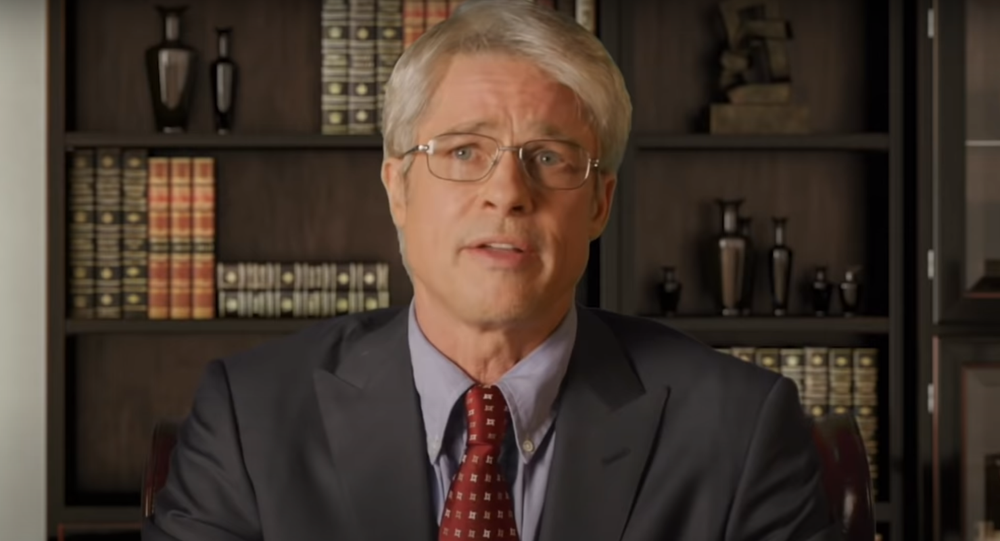 Established in 1949, the Emmy is an American Television Academy award for excellence in the television industry, covering multiple sectors, from writing and directing to production design.

The Emmy Awards nominations were rolled out on Tuesday, revealing a long list of TV shows, series, actors, directors, writers and other prominent TV industry participants competing for one of the industries most coveted prizes.

Among the standout nominees was Brad Pitt, with his April Saturday Night Live (SNL) performance as Dr Anthony Fauci. Pitt portrayed the famous US doctor and immunologist, while mocking US President Donald Trump's coronavirus response.

Interestingly, Fauci himself once shared that he would like to be impersonated by Pitt, and, when the sketch was released, praised his performance.

"I think he did great. I mean, I'm a great fan of Brad Pitt, and that's the reason why when people ask me who'd I like to play me I mention Brad Pitt because he's one of my favorite actors. I think he did a great job", Fauci said of Pitt's sketch, cited by CNN.

Pitt was nominated as an Outstanding Guest Actor in a Comedy Series, along with Luke Kirby from "The Marvelous Mrs. Maisel", the late Fred Willard from "Modern Family", Dev Patel from "Modern Love", as well as Adam Driver and Eddie Murphy from SNL.

The fact that one could secure an Emmy nomination for this little screen time amazed twitterati, some of whom noticed such things might only be possible in a year like 2020.

Brad Pitt was nominated for an Emmy for his portrayal of Dr. Fauci on 'SNL'

THIS IS JUST AWESOME

Brad Pitt being nominated for an Emmy award for his work playing Doctor Fauci, the doctor at the forefront of a pandemic, on Saturday Night Live is so 2020.

If you had that predicted on January 1, buy a lottery ticket.

Pitt was brilliant by the way. #Pittassaince

things only Brad Pitt can do 😌 https://t.co/RJ0BVlqk81

@BradPittWeb KUDOS to you BRAD PITT for being "The Good Doctor" on Saturday Night Live - AND - earning an EMMY nomination for your performance. 😆 ALL THE BEST -

Despite being forced to adopt an online-only format in the wake of the coronavirus pandemic, the Emmy Awards still gathers prominent TV industry workers and shows. The highest number of nominations were secured by HBO's show "Watchmen", with 26. In the #2 spot for most nomination is "The Marvelous Mrs. Maisel" with 20 followed by "Ozark" and "Succession" with 18 each.

HBO holds second place in the total number of nominations, however, as Netflix leads with 160, beating last year's HBO record of 137.

Among the nominations, Saturday Night Live is joined in the Outstanding Variety Sketch Series by "A Black Lady Sketch Show" and "Drunk History", while in Talk Shows, the competitors are "The Daily Show With Trevor Noah", "Full Frontal With Samantha Bee", "Jimmy Kimmel Live!", "Last Week Tonight With John Oliver" and "The Late Show With Stephen Colbert".

The Outstanding Comedy Series category enjoys a lot more newcomers, such as "Dead to Me", "Insecure", "The Kominsky Method" and "What We Do in the Shadows", joining old favourites "Curb Your Enthusiasm", "The Good Place", "The Marvelous Mrs. Maisel" and "Schitt's Creek".

In a fight for the title of Outstanding Lead Actor in a Comedy Series, Ramy Youssef will try himself for the first time, competing with Anthony Anderson, Don Cheadle, Michael Douglas, Eugene Levy and two-time Emmy winner Ted Danson. Linda Cardellini will attempt to claim the Actress title in a contest with Christina Applegate, Catherine O’Hara, Issa Rae and Tracee Ellis Ross, along with 2018 Emmy winner Rachel Brosnahan.

Winners of the nominations will be known 20 September in a ceremony hosted by Jimmy Kimmel and broadcast on ABC.

“Despite the unprecedented challenges facing the entertainment industry, it has been an extraordinary year for television,” said Television Academy chairman and CEO, Frank Scherma. “Television has inspired, united and comforted a global audience this season. We are honored to be recognizing so many of the talented programs, producers, directors and craftspeople behind the remarkable storytelling that has brought us together while we remain apart.”