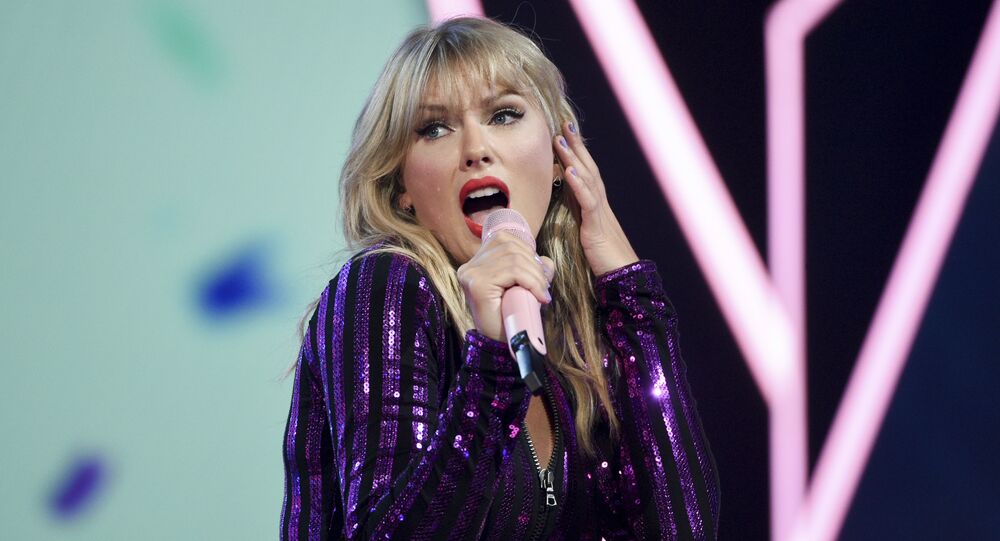 The lyrics of Swift's new album were described by the media outlet as a "creative manifestation of public comments" she made prior to its release.

Taylor Swift's new indie album "Folklore", whose surprise release was announced by the singer on 23 July, appears to be garnering rave reviews from fans and critics alike.

The Washington Free Beacon, however, appears to jokingly suggests in its "Satire" section that the some of the songs' lyrics may refer to famous billionaire philanthropist George Soros.

Noting that Swift was "heartbroken" after her ex-manager Scooter Braun, "backed by Soros' family", managed to acquire the rights to her music catalog for $330 million, the media outlet says "that heartbreak is woven through nearly all of the 16 tracks on folklore", quipping that the singer "is best known for writing songs about failed relationships".

"For example, Swift laments the purchase of her music catalog in 'Hoax': 'You knew it still hurts underneath my scars / From when they pulled me apart / But what you did was just as dark.' In this case, we can all assume the 'you' is Mr. Soros himself", the article says.

The media outlet also jokingly described the lyrics of the songs featured in the album as the “creative manifestation of public comments Swift made" prior to its release.

Last year, Taylor Swift called out the parties involved in the purchase of the master rights to her first six albums, according to the Rolling Stone.

"After I was denied the chance to purchase my music outright, my entire catalog was sold to Scooter Braun’s Ithaca Holdings in a deal that I’m told was funded by the Soros family, 23 Capital and that Carlyle Group", Swift said as quoted by the magazine. "Yet, to this day, none of these investors have bothered to contact me or my team directly — to perform their due diligence on their investment. On their investment in me. To ask how I might feel about the new owner of my art, the music I wrote, the videos I created, photos of me, my handwriting, my album designs."