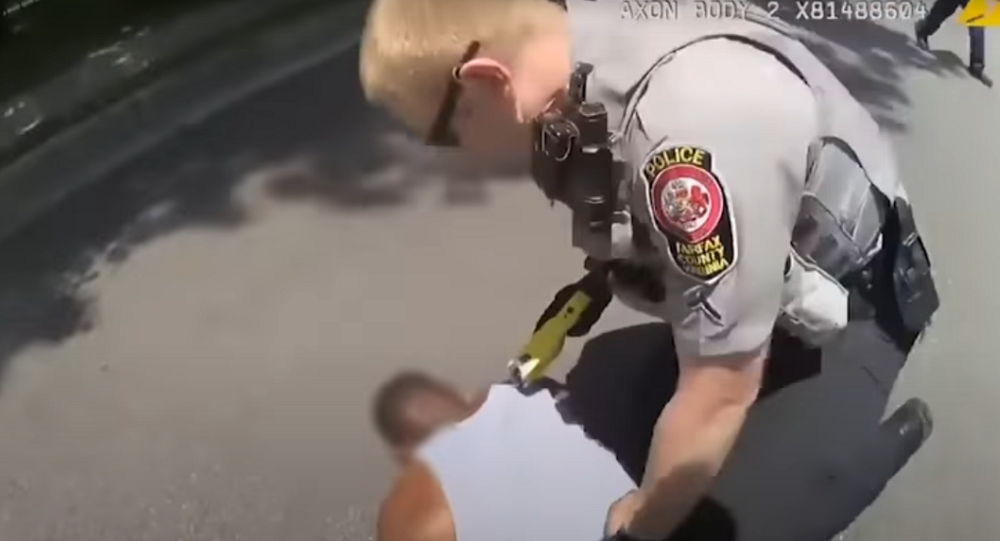 A Virginia police officer was indicted Monday on misdemeanor assault charges after repeatedly firing a stun gun at a Black man without provocation.

The counts were dropped by county prosecutors last week so that the prosecutors could try Timberlake in a circuit court jury instead of in a district court, where they would have been unable to appeal an acquittal, according to the Washington Post.

The incident, which took place on June 5, was captured by a police body camera and shows Gladney being struck by the device seconds after an officer is heard asking whether “he was wanted.”

After arriving at the scene in response to a police call, Timberlake is immediately seen kneeling on Gladney’s back as he deployed his stun gun. At one point in the body camera footage, Gladney yells: “I can’t breathe!”

Gladney was walking in circles and mumbling incoherently when officers arrived at the scene. Emergency medical technicians can be heard in the video asking Gladney if he needs oxygen.

Timberlake’s attorneys have claimed that the officer mistook Gladney for another man with a criminal record.

"We can all agree that the footage of this incident is unsettling," Fairfax County Commonwealth’s Attorney Steve Descano said in June. "I want our community to know that we are pursuing charges that are in line with current law and supported by the evidence with which we have been presented."

If convicted, Timberlake could serve up to 36 months in jail.

The other police officers who were at the scene have also been relieved of duty while an investigation into the incident is conducted.