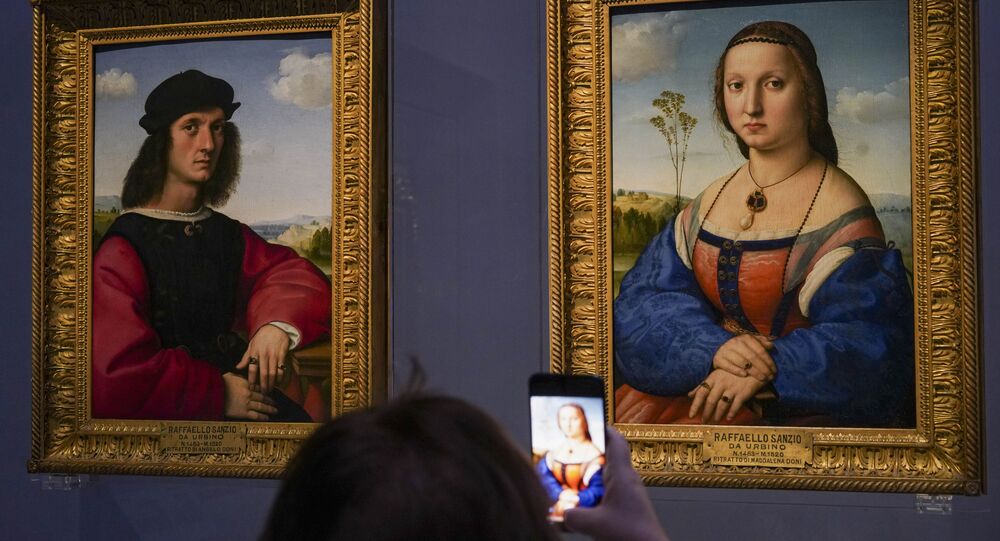 Raffaello Sanzio da Urbino, one of the traditional trinity of great master painters of the High Renaissance period, along with Michelangelo and Leonardo da Vinci, died in Rome on 6 April 1520, days after contracting a fever. It was long thought that the painter had died of malaria, typhoid or syphilis. A new study tips the scale on those theories.

A new study conducted by medical historians at the Italian University of Milan-Bicocca found that Italian painter Raffaello Sanzio da Urbino, better known as Raphael, died as a result of a medical error, refuting earlier theories claiming the artist had died of malaria, typhoid or syphilis.

The Renaissance painter was just 37 years old when he died in Rome on 6 April, 1520, eight days after contracting a fever – this year marks the 500th anniversary of his death and many Italian museums are holding exhibitions to commemorate the date.

In the study, published this week in Internal and Emergency Medicine, the journal of the Italian Society of Internal Medicine (Simi), researchers assumed that bloodletting, an ancient practice of withdrawing blood as a treatment for different diseases, would have worsened Raphael's illness, most likely pneumonia.

“He didn’t suffer from an intestinal disease and for this reason we hypothesised pneumonia,” Michele Augusto Riva, researcher at the School of Medicine and Surgery of the University of Milan-Bicocca and one of the study authors, said in a statement to the Guardian. “But we are sure that bloodletting contributed to Raphael’s death. Physicians of that period were used to practising bloodletting for the treatment of different diseases, but it would not generally be used for diseases of the lungs. In the case of Raphael, he did not explain the origin of the disease or his symptoms and so the physician incorrectly used bloodletting.”

The medical historians argued “poor descriptions” by sixteenth century medicos, who only cited fever as the cause of death, while rumours about Raphael’s excessive sex life “led to the myth that he suffered from syphilis and that a sexually transmitted disease was the main cause of death”.

Authors of the study, titled 'The death of Raphael: a reflection on bloodletting in the Renaissance', cited a description of the final weeks of Raphael’s life in the book ‘The Lives of the Artists’, written by fellow painter Giorgio Vasari who wrote that the painter of the Madonna in the Meadow suffered a “violent fever” after a night of passion about which he didn’t inform his physicians, who believed he had overheated himself.

Vasari stated that the physicians “imprudently bled him”.

The researchers also cited other contemporary testimonies that highlight the incubation period of the disease as one to two weeks.

“These sources provide additional information on Raphael’s fatal illness: it was an acute disease, characterised by high and continuous fever,” the researchers said in their study. “Actually, the disease did not immediately result in death, but lasted one to two weeks; furthermore, it was not severe enough to prevent him from putting his affairs in order, including making a will.”

Raffaello Sanzio da Urbino was one of three artist labeled as the traditional trinity of great masters of the High Renaissance period, along with Italian sculptor Michelangelo and arts and sciences polymath Leonardo da Vinci.

Spanish Battle Painter in Syria: 'With the Russian Army I Felt at Home' (PHOTOS)