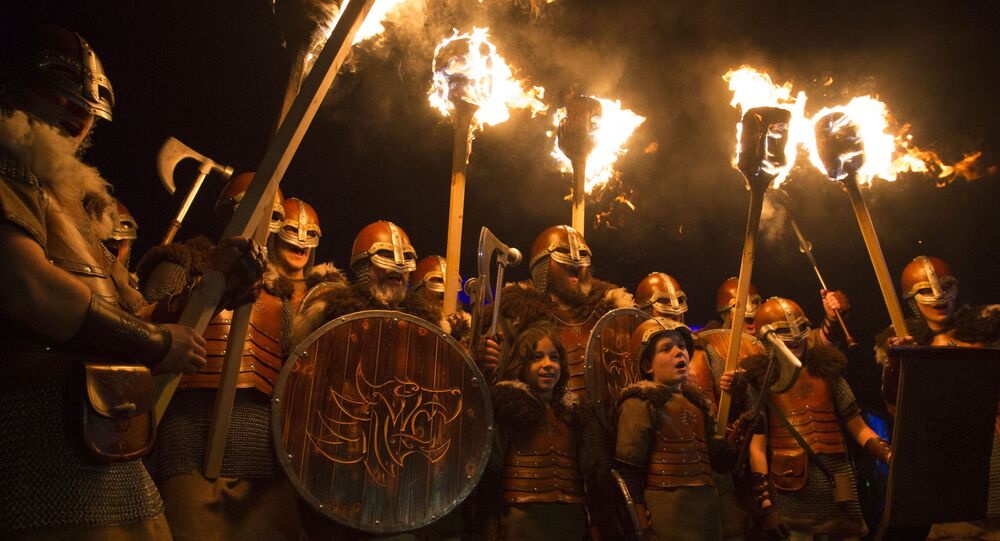 Archaeological finds by a Norwegian student have shone a spotlight on medieval Viking trade, revealing the first marketplace in Northern Norway and possibly new trading routes.

A Norwegian Arctic University student and metal detector enthusiast has, during his work for a master thesis, found numerous objects dating back to the Viking Age.

Tor-Ketil Krokmyrdal found jewellery, weights and silver used for making payments. He also found objects that may have been imported from the British Isles, Finland and continental Europe, shedding a new light on the history of medieval Norway.

The findings made in the village of Sandtorg in Harstad municipality make it the oldest known trading place in Northern Norway. Through artefacts found with the help of a metal detector and various analyses, Krokmyrdal showed that goods were exchanged at Sandtorg as early as the ninth century.

“The discovery means that researchers in the future will think twice about how society and trade functioned in this region in the Viking Age and early Middle Ages,” archaeologist Marte Spangen told national broadcaster NRK.

By Krokmyrdal's own admission, he came across the description of a marketplace around Sandtorg in a book interpreting Norwegian farm names and decided to try his luck despite a lack of archaeological evidence. Krokmyrdal has searched for medal as a hobbyist for many years and was not very surprised by the findings he made.

“The most exotic thing I found was an oriental decoration worn on a belt or a strap, which came to the Nordic countries together with Arabic coins,” Krokmyrdal said.

Krokmyrdal's findings indicate that the exchange of goods on Sandtorg may may have been accompanied by the repair or construction of ships. All in all, he found jewellery, weights, payment silver and large amounts of iron.

Krokmyrdal's supervisor, Marte Spangen, is impressed with his student's performance.

“It is today quite unusual for master's students to do their own fieldwork, and it is even less common for students to produce their own material,” she said.

According to her, the findings will increase the importance of metal detectors in research work.

“Krokmyrdal's individual discoveries may be important for how we understand different exchange networks and, among other things, what kind of iron works took place in northern Norway,” Spangen mused.

In the future, Krokmyrdal plans to work with archaeology full time and intends to take part in excavations in connection with the construction of the Hålogaland highway.

During the Viking Age (793-1066), Norsemen known as Vikings undertook large-scale raids, conquests and trading throughout Europe, settled in Iceland, Ireland and the British Isles even reached North America.