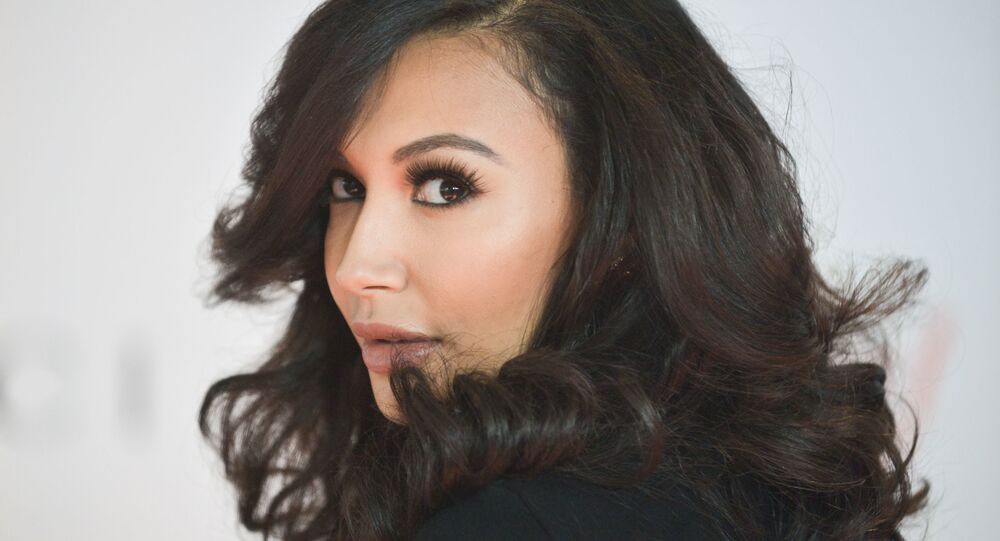 American actress and model Naya Rivera, famous for her performance in 'Glee', a TV show about a school chorus, has been confirmed dead after she went missing for several days, after going for a boat trip at Lake Piru in southern California.

Social media welled up with grief as fans, celebrities and many others mourned the death of TV actress Naya Rivera, who was confirmed dead on Monday after five days of intense search at Lake Piru, where Rivera went missing on 9 July. After arriving to the lake, she took a boat with her young son Josey, and later never made it out of the water. Her 4-year-old son was found safe in the boat some hours after the two did not return.

Among those expressing condolences were not only Rivera's fans and colleagues, but also other celebrities and public figures, such as US Representative Alexandria Ocasio-Cortez.

I am deeply saddened to hear about the passing of Naya Rivera.

The talent and depth Naya brought to her characters inspired millions. As a Latina, it‘s rare to have rich, complex characters reflect us in media. Naya worked hard to give that gift to so many.

Naya was a fierce talent with so much more to do and this is such a terrible tragedy. We are forever grateful for the indelible contribution she made to GLEE, from the first episode to the last. Our hearts are broken and our thoughts go out to her family, friends and young son.

​One of Rivera's GLEE cast-mates, Chris Colfer, wrote a touching post on his Instagram, along with her other colleagues.

How can you convey all your love and respect for someone in one post? How can you summarize a decade of friendship and laughter with words alone? If you were friends with Naya Rivera, you simply can’t. Her brilliance and humor were unmatched. Her beauty and talent were otherworldly. She spoke truth to power with poise and fearlessness. She could turn a bad day into a great day with a single remark. She inspired and uplifted people without even trying. Being close to her was both a badge of honor and a suit of armor. Naya was truly one of a kind, and she always will be. 💔 Sending all my love to her wonderful family and her beautiful son.

Rest sweet, Naya. What a force you were. Love and peace to your family.

​Several days of searching left fans pondering reasons for Rivera's disappearance and hoping for the best. After the death of the actress was confirmed, her saddened fans felt especially touched as allegations arose that Rivera had apparently tried to help or save her son. According to the child's words, she helped him to get on boat before she drowned. However, it was not confirmed whether there were any danger.

Naya’s last act on this Earth was protecting and saving the most important thing in her life. A true hero.

​For GLEE fans, the day Rivera's death was confirmed was already tragic, as one of the leading actors of the show, Cory Monteith, died on 13 July seven years ago.

Rest In Peace Naya. This is heartbreaking. 7 years after cory’s death💔 fly high angel🕊 we will miss you pic.twitter.com/WeNg7VSwen

my heart is heavy today, not only was it the seven year anniversary of cory monteith but today naya rivera was confirmed dead. i loved them both so much and they will forever be the people i looked up to most, my heart is with their family’s, friends, and fellow cast members💔💓 pic.twitter.com/rOmFLQvOy2

​Some of the fans shared their beloved and most powerful performances of Rivera on GLEE as Santana Lopez, one of the choir members.

The fact that Naya Rivera's best performance on Glee was "If I Die Young" for Cory Monteith's death and she ended up dying young and her body was discovered on the anniversary of Cory's death is shattering my heart. pic.twitter.com/PaIXoBSzKr

this though, this performance literally changed my life. it gave me a sense of what love is really like. naya rivera, thank you for having such raw and beautiful talent. ❤️ #nayariviera pic.twitter.com/AoDSq1lO7w

Say what you want about Glee in hindsight, but for a very long time it was the pinnacle of pop culture and Naya Rivera had an iconic role in that pic.twitter.com/qanSeufJYo