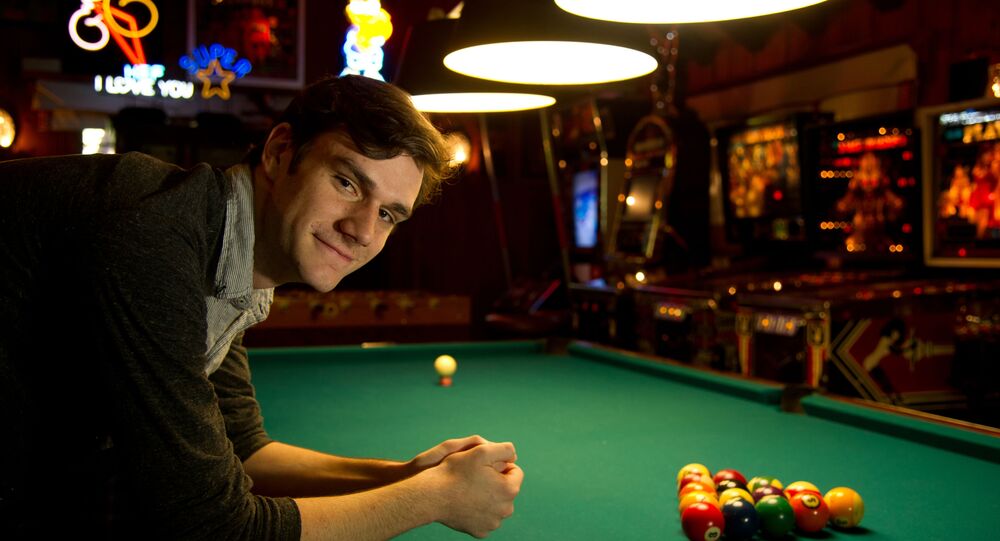 Hugh Hefner’s son Cooper Hefner, who was raised in his father’s Playboy Mansion, announced Monday that he’s considering a bid for a seat in the California State Senate, specifically in the 30th District, which includes Los Angeles County.

The 28-year-old businessman announced that he’s already established an exploratory committee to determine his chances of winning the Democratic Party’s nomination for the race, which could happen as soon as the beginning of 2021.

In a statement to CNN, Hefner said he’s been considering entering the political arena for some time.

"I am deeply concerned about my community and our government and believe that right now it's essential for new individuals to step forward and propose new ideas. I would not be on this road if I did not feel strongly that there was an opportunity to win and as a result, make a difference," Hefner told the outlet, also noting that he is passionate about public service.

"I really don't understand how you can wake up every day and see the challenges that we're facing in the world and not ask yourself what more you can do. I mean, this is certainly the time to figure out how to engage in solving the challenges our communities are facing," he added.

He noted that his policy platform will involve finding solutions to the climate crisis and homelessness. He is also interested in initiating comprehensive police reform.

"It's important to recognize that the people who are calling for change were the ones who were already in office and had the power to do something different than they did. And we should ask ourselves whether we want those individuals representing us,” he noted.

Hefner joined his late father’s Playboy Enterprises while he was attending college but eventually left in 2016 after having a falling out with then-CEO Scott Flanders, who wanted to eliminate photos of completely nude women from the Playboy magazine and put the Playboy Mansion on the market for $200 million, the Business Insider reported at the time.

Although Cooper returned to the company a few months later as chief creative officer and then became chief of global partnerships, he exited the company once again in 2019 to found his own media brand, the Hefner Media Corporation. However, according to the Hollywood Reporter, Cooper has remained an advisor to Playboy Enterprises since his leave.

"Stepping away from my executive position at Playboy Enterprises was a difficult decision to come to, though it is the right decision to make," Hefner said in a 2019 interview with the Hollywood reporter.

"The spirit and values of our Rabbit will remain with me always, as I with it, and I look forward to continuing to provide support in a board capacity as an advisor to the company’s CEO."

The incumbent in California’s 30th District is Sen. Holly Mitchell, who has held her seat since 2013. She is seeking to win a position on the Los Angeles County Board of Supervisors in November. If she succeeds, there will be a special election for her Senate seat in 2021; if not, the next contest for the seat will be in 2022.

Gag Order: Jury Laughs at Naked Photos of Harvey Weinstein, Who Joked They Were From Playboy