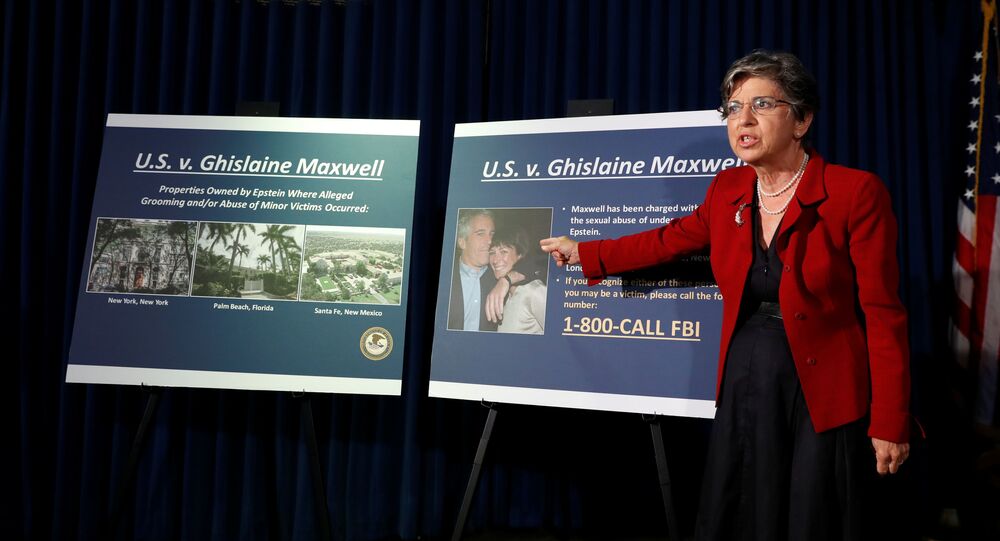 The role of the four is only now coming to light, as the said women have hitherto been shielded from prosecution under a “sweetheart deal” between Epstein and the US attorney for South Florida in a 2008 child sex abuse case against the convicted serial paedophile.

One of them, Kellen, was described by Epstein's victims as Maxwell’s “lieutenant” and was reportedly the third most frequent passenger on the financier’s “Lolita Express” jet, after Epstein himself and his alleged pimp.

The 40-year-old and three other alleged female “co-conspirators” have been shunning the limelight since they were given immunity from prosecution under a very unusual “sweetheart deal” between Epstein and the US attorney for South Florida in a 2008 criminal case, the newspaper stated.

Maxwell’s arrest last week at the behest of the attorney’s office in New York, which has said it is not bound by the Florida deal, has now raised a real possibility of investigators soon turning to the four.

Maxwell is set to appear before a judge for the first time on 14 July for a bail hearing via a video link from her New York prison cell, where she was transferred shortly after her arrest. She is reportedly being moved from "cell to cell” and has been put on 24-hour suicide watch, as authorities fear there are threats to her life.

She previously opposed the US prosecutor's request to keep her detained, demanding to be released on bail, as per a court filing. Maxwell's attorneys have requested that she be placed on a $5million bond, and would surrender her multiple passports, as well as be placed under house arrest with electronic tags put on her.

Ghislaine, the daughter of late billionaire media mogul Robert Maxwell, has been accused by prosecutors of "playing a critical role in finding and grooming [Epstein’s] victims", while a slew of Epstein accusers claim the “pimp” would regularly drive from the billionaire’s lavish Palm Beach estate in Florida to nearby trailer parks to "procure" vulnerable young girls for the paedophile between 1994 and 1997.

Epstein's suspected "madam" faces six different charges, including personal involvement in sexual abuse and perjury, for her denials of facilitating Epstein’s sex trafficking, which could put her behind bars for up to 35 years if she is found guilty.