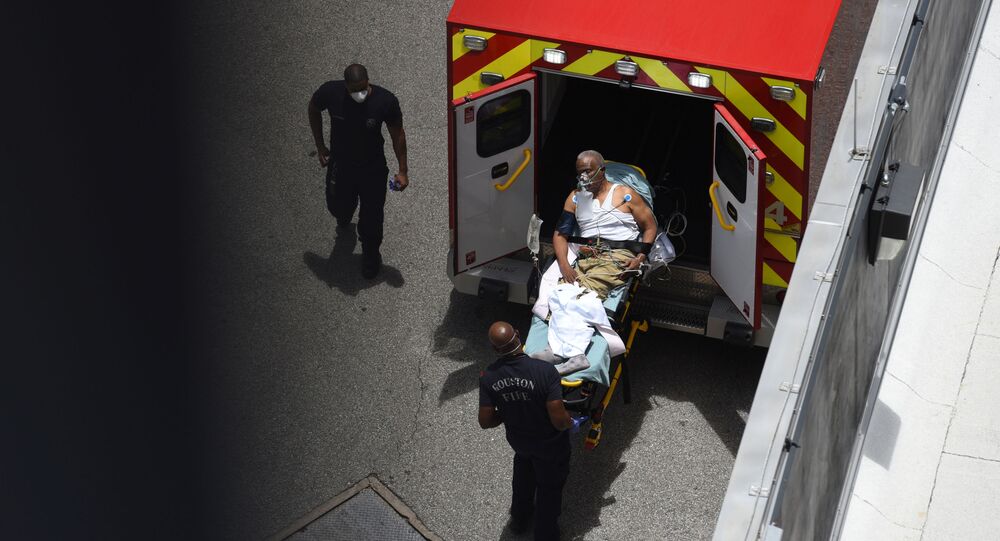 The US is leading the global coronavirus tally, with more than 3 million infections having been registered there since February, and the outbreak taking the lives of more than 132,000.

The US is not done with the coronavirus pandemic, California-based doctor Chad Krilich told Deutsche Welle in an interview, citing the climbing infection rates which are now 1.17 [meaning one corona-diagnosed person infects 1.17 other people], slightly up from 1.16 two weeks ago.

He looked back at the point in March when the first flare-ups were registered, arguing solid evidence suggests that the healthcare crisis is far from being over, while the US has moved to reopen after a three-month lockdown.

"If you look at the beginning of the corona crisis in February, it was 2.49. Shelter-in-place started 19 March in California and then we saw the infection rate go to under 1, so the virus wasn't spreading", he recounted.

However, since the lockdown began to be eased around 25 May, there’s been a new rise. Despite admitting it hasn’t reached the levels seen in March, there's still evidence to suggest the virus is spreading, Krilich went on, bringing up a new increase in hospitalisations as one of the indicators.

"It's kind of like a three-act play and we're currently in the second act", he explained vividly, warning that "a third act" is still ahead.

The doctor admitted that long-term all of this will be affected by multiple factors, such as how we behave in society, whether there is going to be a vaccine, etc. Regarding the latter, Dr Krilich believes that irrespective of good progress made in vaccine development, no concrete dates can be set out.

The United States occupies first place in the global coronavirus tally, with over 3 million confirmed cases and more than 132,000 related deaths registered across the country, according to Johns Hopkins University estimates. Brazil is second, with over 1.7 million infections and almost 68,000 deaths.

Last week, the US registered a new single-day record of over 57,000 COVID-19 infections.