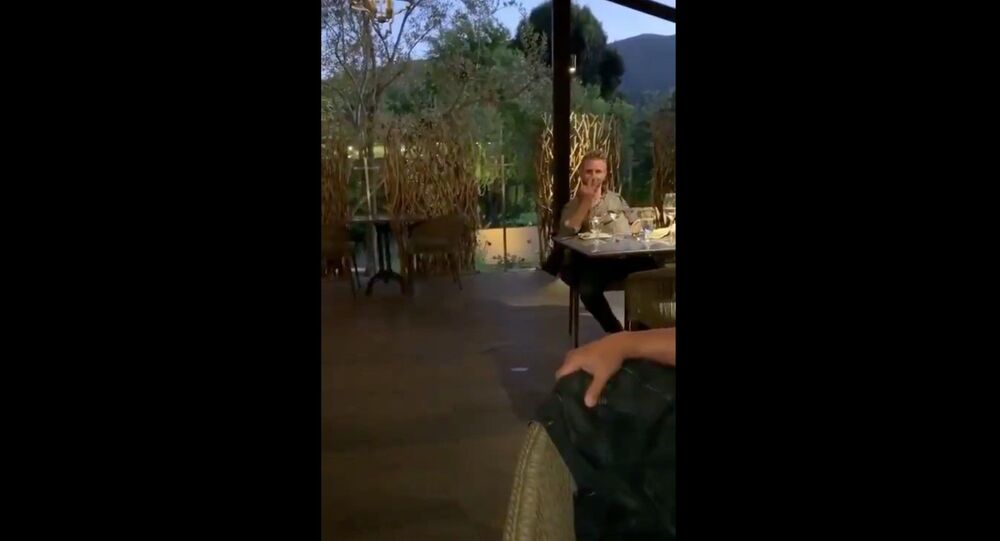 Newly surfaced cellphone footage has prompted the condemnation of Michael Lofthouse, the CEO of Silicon Valley cloud computing firm Solid8, after he was recently caught spewing a series of vulgar and racially-charged remarks toward an Asian family at a restaurant.

The incident took place Saturday and was recorded and shared on social media by Jordan Chan, who was out with her family celebrating her aunt’s birthday. The events unfolded at the upscale Bernardus Lodge and Spa’s Lucia restaurant in Carmel Valley, California.

The video begins with a silent Lofthouse being confronted by Chan, moments after he reportedly yelled toward the family that they needed to “go back to whatever f**king Asian country you’re from,” among other vulgarities, according to Chan’s Instagram post.

Although the initial remarks were not captured on video, it doesn’t take long for the momentarily silent Lofthouse to begin yelling obscenities and racist remarks once the camera is out. With a smirk on his face, Lofthouse starts his second round by giving the family the one-finger salute.

“That’s what I’m saying,” Lofthouse tells the family as he raises his middle finger. “Trump’s going to f**k you. … You f**kers need to leave. F**king Asian pieces of s**t.”

Video later shows a nearby waitress immediately jumping onto the scene after overhearing Lofthouse’s remarks. “You do not talk to our guests like that. You need to leave now. You need to leave right now. Get out. You are not allowed here,” the unidentified worker is overheard yelling.

Turning his attention toward the restaurant employee, Lofthouse asks, “Who are these f**kers?” The server responds, “They are valued guests.”

The recording ends with the employee reiterating her previous statements that Lofthouse is no longer allowed at the establishment and that his offensive remarks will not be tolerated.

“I’ve dealt with racism before but never on that scale,” Chan told local news station KPIX 5. “Never on the level where somebody completely unprovoked felt obligated to voice their hatred for absolutely no reason.”

With the video gaining traction online and internet sleuths identifying Lofthouse as the man at the center of the altercation, the Silicon Valley CEO has attempted to head off trouble by issuing an apology statement, explaining that his behavior was “appalling.”

“I can only imagine the stress and pain they feel. I was taught to respect people of all races and I will take the time to reflect on my actions and work to better understand the inequality that so many of those around me face every day,” the statement, released to several media outlets, reads.

“I think he really meant what he said and what he did,” Orosa said. “I don’t believe his words because his actions speak louder than the words he’s saying.”

KION News reported that law enforcement officials were investigating the incident, but that the family is not seeking prosecution or further action in the matter.