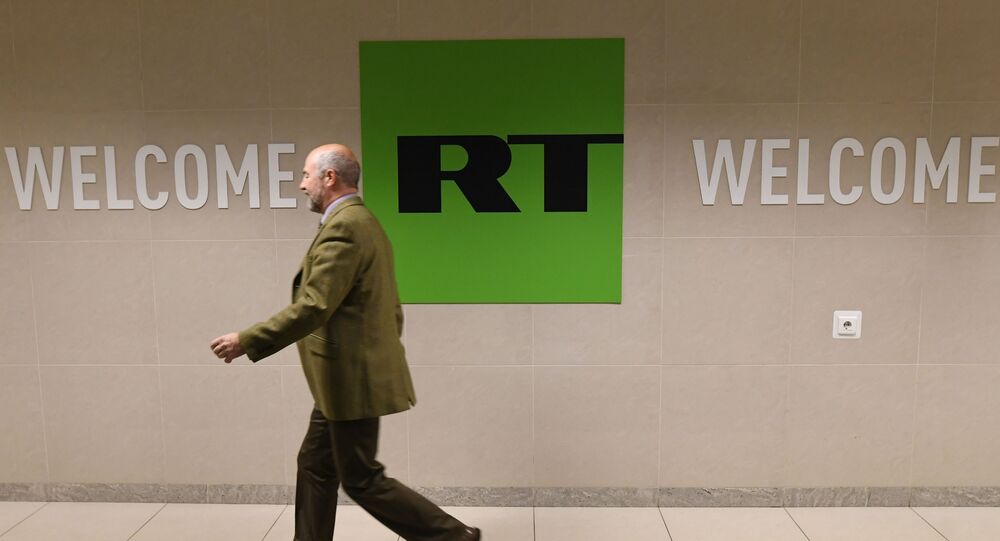 The channel RT is launching the free media school RT-Region, where regional bloggers and journalists will learn how to create unique content, as well as how to turn regional news into federal news, the channel's website reported.

Students at the media school "RT-Region" school will learn how to make regional news federal news, they will learn how to shoot unusual storylines, and viral videos, as well as how to create unique social network content.

Well-known journalists and media managers will discuss the job's legal aspects and psychology with students, according to a statement on the broadcaster's website.

According to RT's editor-in-chief Margarita Simonyan, students won’t have to go anywhere, journalists themselves will travel to the regions and tell them what they have learned at RT.

© REUTERS / JUAN MEDINA
Sputnik, RT’s COVID-19 Coverage Gets More Online Engagement Than European Media, Study Reveals
In 2016, RT opened its school for would-be journalists and bloggers in Moscow. In January 2020, RT’s online school was launched with original training and webinars available to students from all over the globe.

Since the school’s launch, about 500 people from 20 countries have completed full-time and part-time studies there. Some graduates even received a chance to join the RT team.

Participation in the project RT- Region is free and students are admitted through competition.