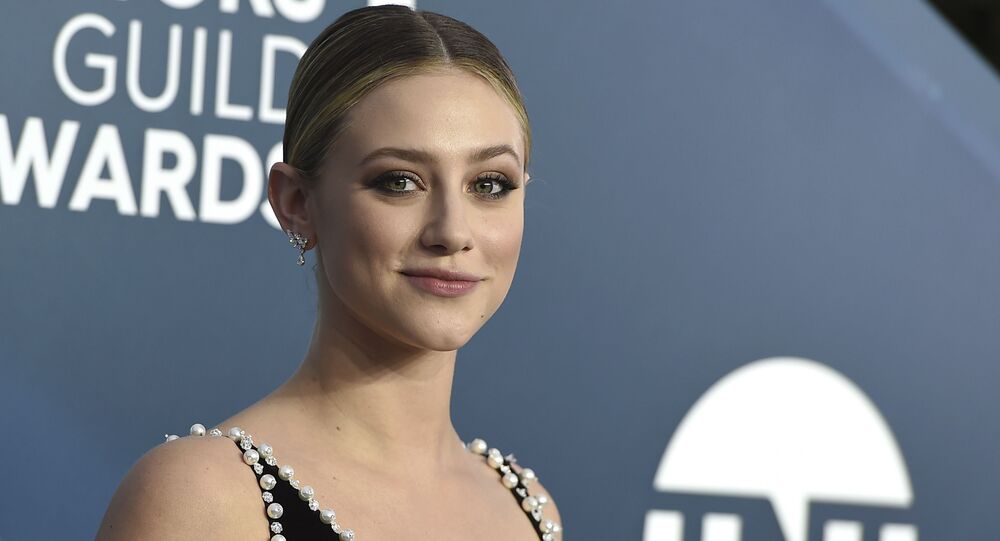 Ohio-born actress Lili Reinhart has been embroiled in controversy over the last couple of weeks as she and a number of her Riverdale cast mates were accused of sexual assault by anonymous Twitter users. Now the actress is facing a new backlash.

Hustlers actress Lili Reinhart took to Twitter to apologise for posting a topless pic accompanied by a caption demanding “justice” for Breonna Taylor, a 26-year-old Black emergency medical technician who was killed by police officers in her home in Louisville back in March.

In the Instagram post in question, which has since been deleted, Reinhart was captured topless while posing next to a California lake, according to US Weekly. Controversially enough, her publication was reportedly accompanied by the message “now that my sideboob has gotten your attention, Breonna Taylor's murderers have not been arrested. Demand justice.”

It was the thing about "my sideboob caught your attention, now arrest the cops who murdered Breonna Taylor" or something like that

​However, Black Lives Matter and Reinhart’s fans were not quite impressed by the way she used to support racial justice cause. On Monday, the actress admitted that she “made a mistake” with her caption, although without directly referring to a now-deleted publication.

“It was never my intent to insult anyone and I’m truly sorry to those that were offended”, she wrote on Twitter.

“But I understand that my caption came off as tone deaf. I truly had good intentions and did not think it through that it could come off as insensitive,” Reinhart added.

I’ve tried very hard to be honest on my IGTV lives that I’m still learning and trying to be better.
But I understand that my caption came off as tone deaf. I truly had good intentions and did not think it through that it could come off as insensitive.

According to the actress’ Twitter feed, many seemed to “forgive” her for the misstep.

thank you for apologising, i know it was wrong but i also know that you weren’t using that caption for clout or anything like that. you had good intentions and wanted to bring attention to the situation. as a poc i accept your apology but that’s just my personal opinion

I can't speak for others, but I saw nothing wrong with the caption. You put humour, and a reality in it. You were absolutely truthful in your caption. Her murderers as still out there and need to be brought to justice. Whomever was offended by that is just strange.

Reinhart has been an outspoken supporter of Black Lives Matter movement in light of George Floyd’s death in police custody in late May, which provoked unrest across the United States. Floyd’s case prompted many activists to highlight other alleged instances of police brutality in the past, including the death of Breonna Taylor, who was murdered at her apartment by unmarked police executing a drug-related search warrant.

The development came just a week after the Riverdale star and her colleagues were forced to address anonymous sexual assault accusations from Twitter accounts that have now been deactivated. Reinhart and her allegedly ex-boyfriend Cole Sprouse rushed to dismiss “false” allegations and prompted to take “legal actions” against the accusers.

“This kind of lie can ruin lives and careers- and I can call it a lie because the person who made the allegations already admitted that the stories were fabricated,” Reinhart wrote last week, while dubbing anonymous accusations “sick behavior”.