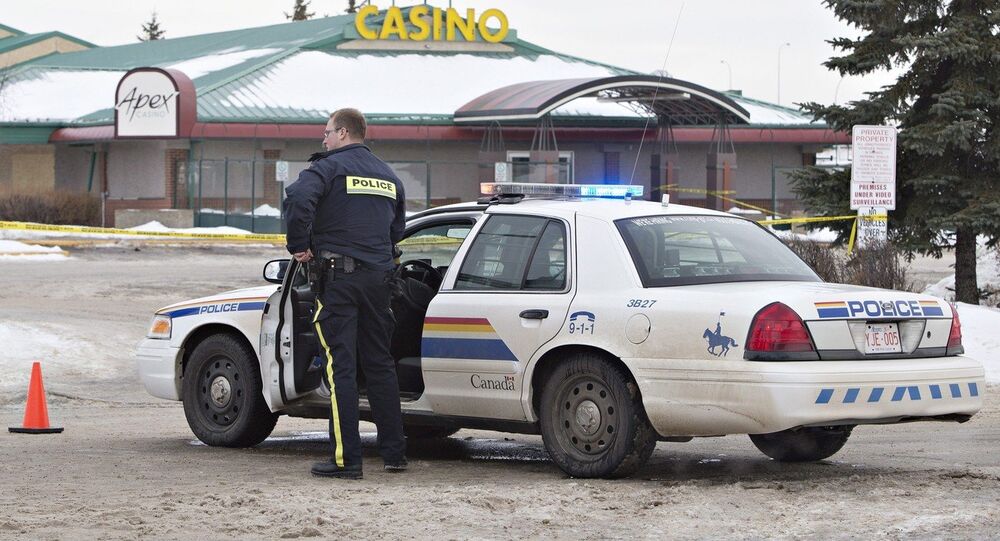 The arrest of chief Allan Adam has caused an uproar after dash-cam footage released earlier this month showed an officer tackling the man to the ground, punching him and putting him in a chokehold. Before the video was released, the Royal Canadian Mounted Police denied that the officer had used excessive force and deemed his actions “reasonable”.

A police officer involved in the violent arrest of the chief of the Athabasca Chipewyan First Nations, a group of indigenous people in Canada, was charged with mischief, assaulting a man and a woman, and unlawfully entering a house in 2019, CBC News reported, citing court records.

"He did attend a residence while he was off duty and attempted to gain access inside this home. An altercation ensued with two occupants inside before he left the residence", Royal Canadian Mounted Police (RCMP) spokesperson Fraser Logan told CBC News. The spokesperson stressed that the police officer had a personal relationship with one of the dwellers, however, it’s unclear whether it was the assaulted woman.

Despite the misdemeanor, Officer Simon Seguin was allowed to continue serving in the RCMP. He was reportedly suspended for a day for the charge of mischief and received a letter of reprimand on his file for assault, CBC News said, citing an anonymous source. In addition, the RCMP and Canada’s national police didn’t share the charges with the public, which spokesperson Fraser Logan said is a departure from standard practice.

Officer Seguin was recently involved in the arrest of an Alberta First Nations chief. Initially, Allan Adam was arrested on charges of resisting police arrest and assaulting a police officer. Chief Adam claimed that excessive force was used during his arrest, while the RCMP said that the police actions were reasonable. However, on 24 June, all charges against him were dropped after dash-cam footage of the incident was released. The video showed Seguin tackling Chief Adam to the ground, punching him in the face and putting him in a chokehold.

The chief’s lawyer said he wants to know why Officer Seguin continued to serve in the police following charges of assault. "I'm very surprised that this was not revealed publicly and I'm very surprised … that this person has not been suspended", said Brian Beresh.

Dr. Kelly Sundberg, an Associate Professor in the Department of Economics, Justice, and Policy Studies at Mount Royal University, said the situation around Officer Seguin is unbelievable. "It's concerning and frankly, it's disturbing. What justification could the RCMP possibly have that this officer would maintain active duty in light of everything that's come to public view? It's unbelievable”, Sundberg said.

© CC0
Half of Ethnic Chinese in Canada Threatened and Harassed Over Coronavirus, New Poll Shows

Recent protests against police brutality and racial discrimination in the United States as well as Chief Adam’s case have reignited anger at the actions of police in Canada, with people accusing them of using excessive force and racial discrimination. The RCMP was recently sued after a video emerged showing a police officer dragging a handcuffed woman face down across the floor, stepping on her head and pulling her by the hair. The incident itself occurred in January when police officers were requested to conduct a mental health check.