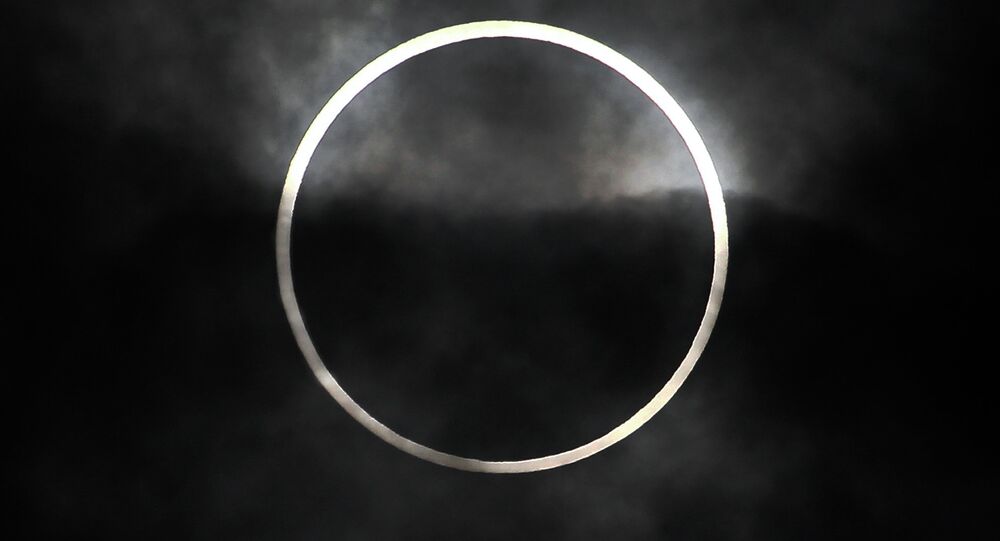 The annular eclipse occurs when the moon blocks the center of the sun, leaving only a shining ring of light around the edge - an annulus - often referred to as a "ring of fire". This form of solar eclipse will only happen twice this century.

A partial solar eclipse is seen over the sky of New Dehli, as the moon blocks the sun, forming a "ring of fire" to amaze skygazers.

The annular eclipse occurs when the moon is blocks the sun in the way that leaves only our home star's outer edges shining - an occurrence that is referred to as an annulus, or "ring of fire". This form of solar eclipse will only be seen twice this century - on 21 June 2020 and on the same date in 2039.

Skywatchers Getting Ready For 'Ring of Fire' Solar Eclipse

Video: Partial Solar Eclipse Visible in the Sky Over Tehran