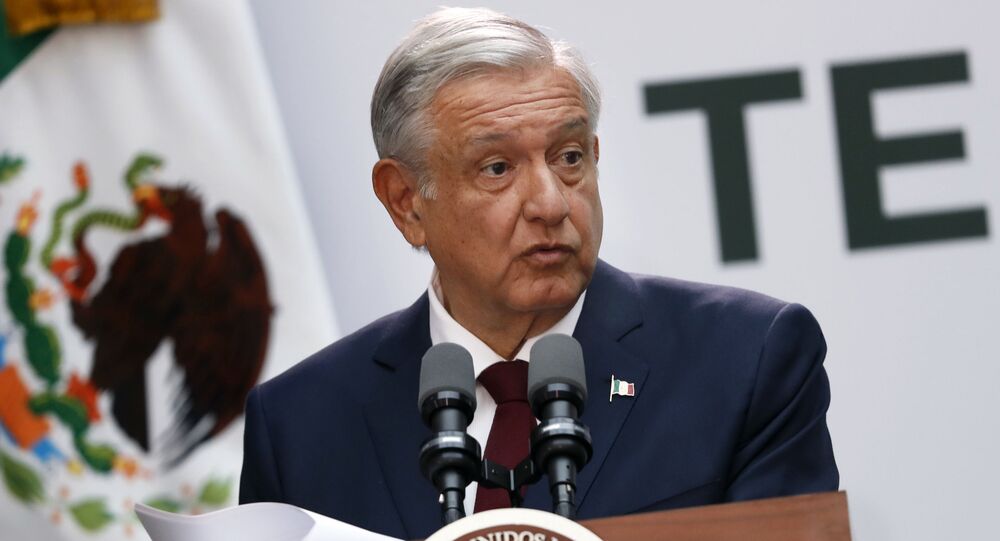 The notorious drug lord’s son, Ovidio Guzmán, was nabbed in October 2019, but released just a short while later after an exchange of fire between security forces and cartel gunmen wreaked havoc in Culiacá, the state of Sinaloa's capital and largest city.

Mexican President Andrés Manuel López Obrador said Friday that he had personally ordered the release of one of the sons of the notorious Sinaloa drug kingpin Joaquín “El Chapo” Guzmán, after he was briefly detained during a military operation last year.

López Obrador had previously said his security cabinet was the first to have called on him to let Ovidio go - a decision he said he endorsed to protect terrorised residents from being caught in the crossfire between the Mexican military and cartel henchmen.

Friday was the first time the president publicly admitted to having himself given orders to this end.

“So as not to put the population at risk ... I ordered that this operation be stopped and that this alleged criminal be released,” López Obrador said at a news conference.

López Obrador added that a couple days later, Donald Trump offered to help clamp down on the cartel, but Mexico did not accept it.

Back in October 2019, Mexican security forces captured Ovidio Guzmán only to let him go hours later, after the military men clashed with the Sinaloa cartel’s overwhelming defence, causing mayhem in Culiacán, a city that is home to a million people.

Throughout an hours-long siege, the cartel gunmen, who had reportedly been tipped off about the operation, put up flaming roadblocks and exchanged fire with government troops in the streets in a bid to free the son of the infamous cartel boss.

The chaos that ensued prompted accusations that the government had simply given in to the cartel forces, increasing doubt in the president’s ability to change Mexico’s security strategy for the better.

When swearing in as a new president, Obrador vowed to curb cartel-induced violence with policies focused on relieving poverty and youth unemployment. However, according to the fresh statistics, homicides in Mexico have reached record levels during the first four months of 2020.

Both the US, where Mexican drug dealers continue to smuggle their illicit goods, and Mexico are continuing to track down members of the notorious Sinaloa cartel, with the US seeking the extradition of El Chapo’s son Ovidio, among others.

Last month, El Chapo's top hitman Jose Rodrigo Arechiga Gamboa, known by the nickname Chino Anthrax (Chinese anthrax), was gunned down in Mexico just weeks after his release from a US prison. His boss, drug lord El Chapo, nabbed back in 2014, is currently serving a life sentence in ADX Florence – a well-known American maximum security prison.