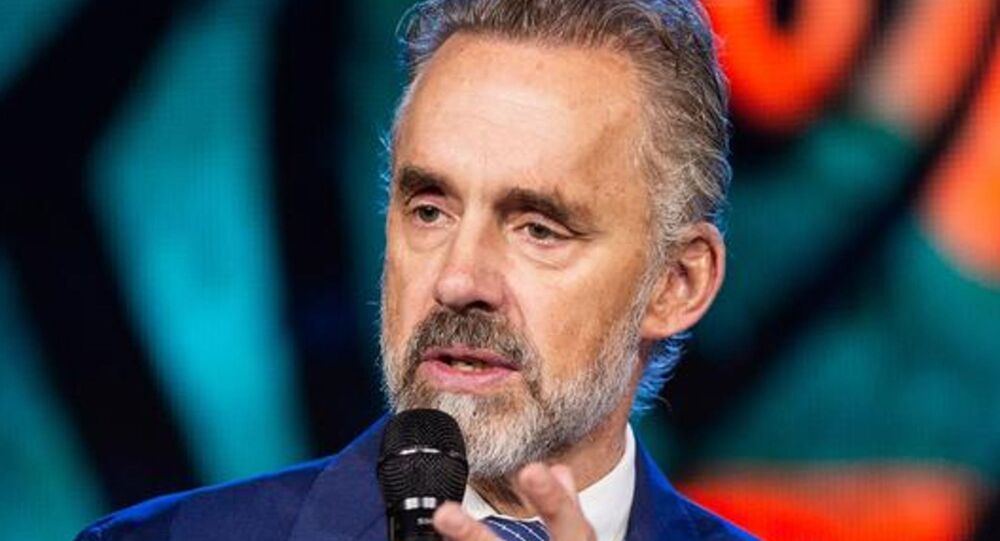 The Canadian professor, renowned for his conservative views on a bulk of life values, hasn't been online much in recent months, even as almost the entire world has been confined to the four walls of apartments and houses due to the corona healthcare crisis.

Jordan Peterson has returned to the spotlight after a several-month absence due to health issues, adding an update to his personal website, to the great joy of fans.

In a new post on his website, Canadian professor of psychology Jordan Peterson has warned of the pitfalls of political correctness, regarding the dangerous effects it is having in universities and on fundamental academic research.

To illustrate his viewpoint, he turns to the examples of several educational institutions, writing at length:

"I have observed the colleges and universities of the Western world devour themselves in a myriad of fatal errors over the last two decades, and take little pleasure in seeing what I knew was inevitably coming manifest itself in an increasingly comprehensive manner". He further notes that with this in mind, "the catastrophic failures of process and aim" were in no way hidden from the public view by the said institutions.

Among the those he mentions are Brock University and the scientific journal Angewandte Chemie, pointing out how honoured chemistry professor Dr Tomas Hudlicky ended up in other academics’ and netizens’ crosshairs for a paper on the discipline of organic synthesis published in Angewandte Chemie. The backlash came in response to an excerpt of the 4,000-word document where he talks about opportunity based on merit as opposed to personal identification.

Peterson proceeds to ponder on the landing page of the Department of Physics at McGill University which, he suggests, focuses on something much more than just physics.

"The second-most visually evident active link is the ‘McGill Physics Community Statement Against Racism’—and, if this is not sufficient proof of the upstanding moral quality of that ‘community’ there is also an active link to an ‘Equity Diversity and Inclusion’ page in the centre of the main menu bar of the page", writes Peterson, adding the timing of the statement raises no fewer questions:

"It is also perhaps not out of place (2) to voice a certain skepticism with regard to the timing of this oh-so-very-properly-moral statement and note that if it required the unfortunate death of one George Floyd to motivate its appearance it is either inexcusably opportunistic or a classic case of closing the barn door once the cattle had already made their disappearance".

Calling the tendency "unchecked", Peterson insists it poses a grave danger to the "integrity" of these STEM fields. He goes on to appeal to academics, warning "scientists, technologists, engineers, and mathematicians" against making mistakes:

"Your famous immunity to political concerns will not protect you against what is coming fast over the next five or so years: wake up, pay attention, or perish, along with your legacy", he calls emotionally.

Peterson argues that the latter will be "swept aside with little caution by those who regard the very axioms of your field as intolerable truly because of the difficulty in comprehending them and considered publicly as unacceptably exclusionary, unitary, and unconcerned with sociological ‘realities'".

Jordan Peterson, author of the bestselling "12 Rules for Life", turned 58 on Friday, prompting his army of fans to wish him all the best online, especially since he is known to have of late been battling a strong physical addiction to the prescription drug benzodiazepine.

Peterson, a psychology professor at the University of Toronto and widely deemed as an absolute life guru, made headlines with his YouTube videos several years ago after criticising Canadian legislation stipulating the use of gender-neutral pronouns in relation to people who do not strictly identify with binary categories.

Many knocked Peterson's conservative position at that time, but it also appeared to strike a chord with quite a lot of people, who are now impatiently waiting for his new book "Beyond Order: 12 More Rules for Life", a follow-up to the first, to hit store shelves.