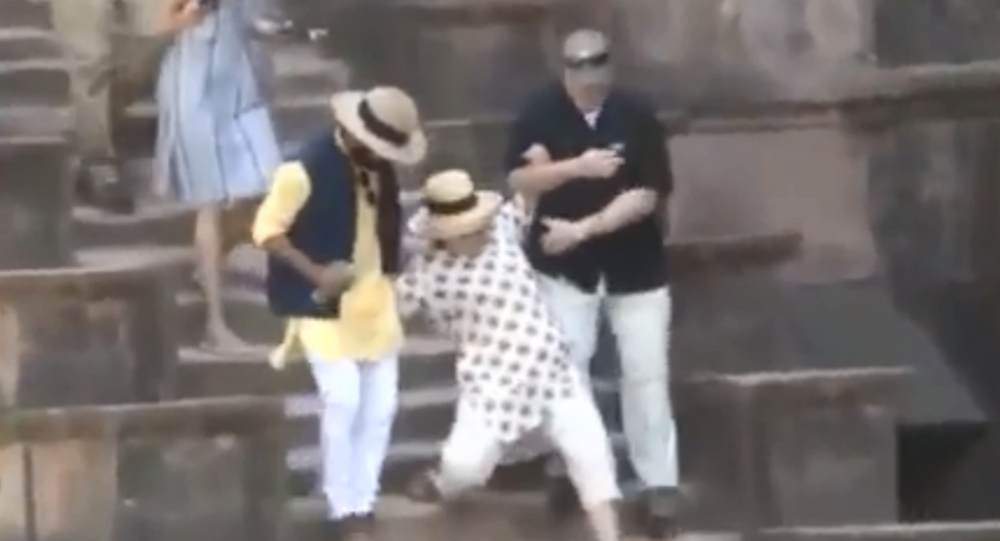 Slippery Ladders and Troubling Sandals: Politicians and Their Stumbles

A new video showing Donald Trump visibly struggling while slowly going down a ramp after his West Point Commencement speech on Saturday, caused quite an uproar on social media during the weekend. However, the US president managed to stay on his feet – unlike some other politicians who were not so fortunate.

“The last thing I was going to do is “fall” for the Fake News to have fun with”, Donald Trump said, after explaining why he was being so careful when walking down a ramp after his Saturday speech.

The president said that the ramp was “very long & steep, had no handrail and, most importantly, was very slippery”, prompting him to stay on his guard. The video of his struggle with the ramp soon went viral on social media accompanied by #TrumpIsNotWell hashtag. But many seemed to forget that if it was not for Trump’s precaution, he would make it to the list of the most legendary falls of the world politicians. Here are just some of them: