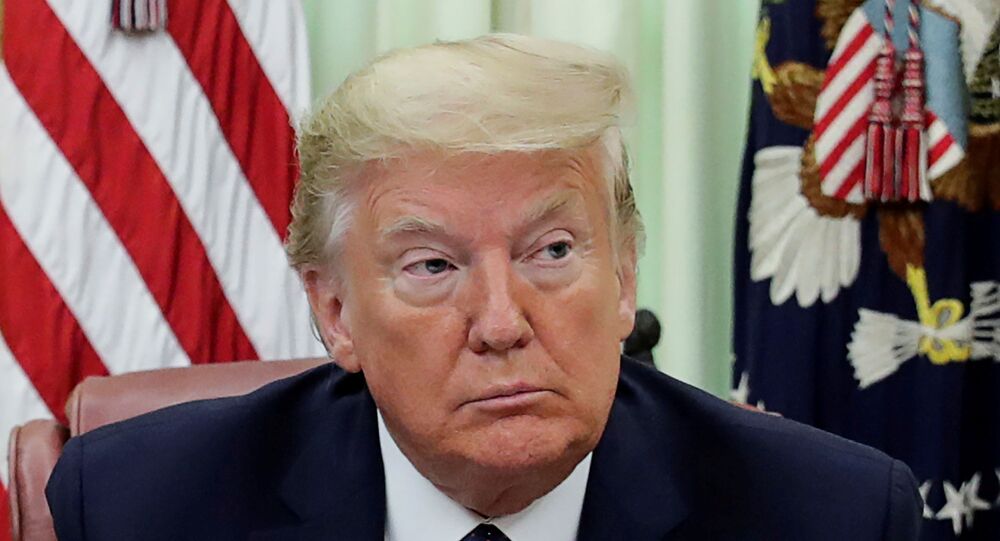 Although the social media platform has not made any statements regarding the development, it’s speculated that many of Trump’s critics are labeling him as a racist given the current political climate in the US following the recent killing of unarmed African-American man George Floyd.

Amid the widespread US protests against police brutality, one of Trump’s tweets was flagged by the social media platform for “glorifying violence.” In the May 29 post, Trump said that “thugs” are “dishonoring the memory of George Floyd.” He also wrote that “when the looting starts, the shooting starts.”

In a statement to AFP, Greg Sterling, a contributing editor at the website Search Engine Land, said the Twitter search result may indicate that "so many people are using the words 'racist' or 'racism' to respond to or describe Donald Trump, or there's a concerted effort to associate Trump's account with those terms."

However, it’s also possible that many Trump supporters trying to defend the president from accusations of racism may also be using the term “racist” in their replies.

Sterling also noted to AFP that Twitter’s ranking algorithm for tweets "uses a variety of signals, including how recently the tweet was published, its relevance (personalization), user engagement with the tweet, the presence of rich media (such as video or images) and several other variables.”

The analyst also pointed out that in 2007, so-called “Google bombing” was used to manipulate Google search results so that then-US President George W. Bush was directly linked to the term “miserable failure.”

According to WordStream, Google bombing is “aimed at increasing a webpage's rank for a specific Google search by exploiting its algorithm. Google bombing generally involves artificially inflating the number of pages that link to a page and the words used in the link's anchor text.”

Kjerstin Thorson, a Michigan State University politics and social media professor, told AFP that a more comprehensive analysis is necessary to determine why Trump was being associated with racism on Twitter, but noted that “it's not unlikely this could be an accurate representation of what people are saying" on the social media site.

"The platforms have gone out of their way to avoid any appearance of bias," she added.

Tensions between Twitter and Trump have been high in recent weeks. Twitter CEO Jack Dorsey has defended his platform's recent decision to fact-check Trump’s tweets ahead of the US elections in November. Trump, in response, signed an executive order last week intended to weaken a law that prevents people from suing social media platforms over content posted by their users.