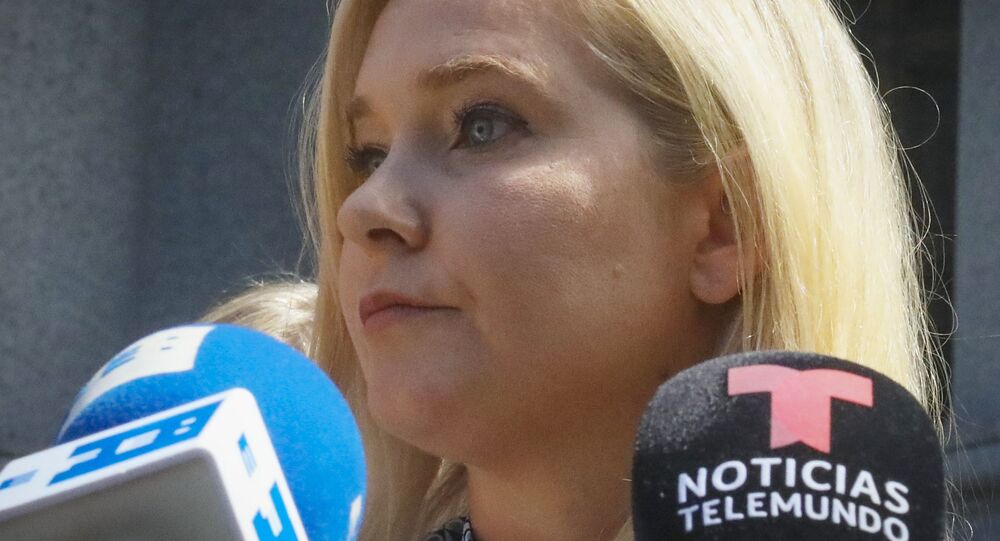 Speaking about her alleged visit to a nightclub in London with Prince Andrew, Virginia Roberts said he was "sweating profusely" all over her while dancing.

According to the newspaper, while the duke claims he has no recollection of meeting Virginia, the latter recalled how they engaged in a certain guessing game at the townhouse belonging to Epstein's associate Ghislaine Maxwell.

"Ghislaine has this favourite guessing game that she does, she goes to Prince Andrew 'how old do you think Virginia is?' And he said 17”, Roberts said. "She's like, 'Oh you're right!' They made a little joke about it. He was like, 'my daughters aren't far from your age. My daughters are a little bit younger than you."

After that, Virginia said, they went to party at "Club Tramp in London" where the prince was allegedly "sweating profusely" all over her while dancing.

"We get back to the townhouse, go upstairs. I have this little Kodak yellow camera and I ask Jeffrey to take a photo of me and Prince Andrew together. Ghislaine Maxwell is literally just right behind me", she added. "She tells me, you're going to have to do for him what you do for Jeffrey, and it hit me. Right after that photo was taken I was sexually abused by Prince Andrew for the first time."

Previously, Roberts asserted that Epstein had coerced her into having sex with the Duke of York when she was 17, allegations that Prince Andrew has repeatedly denied.