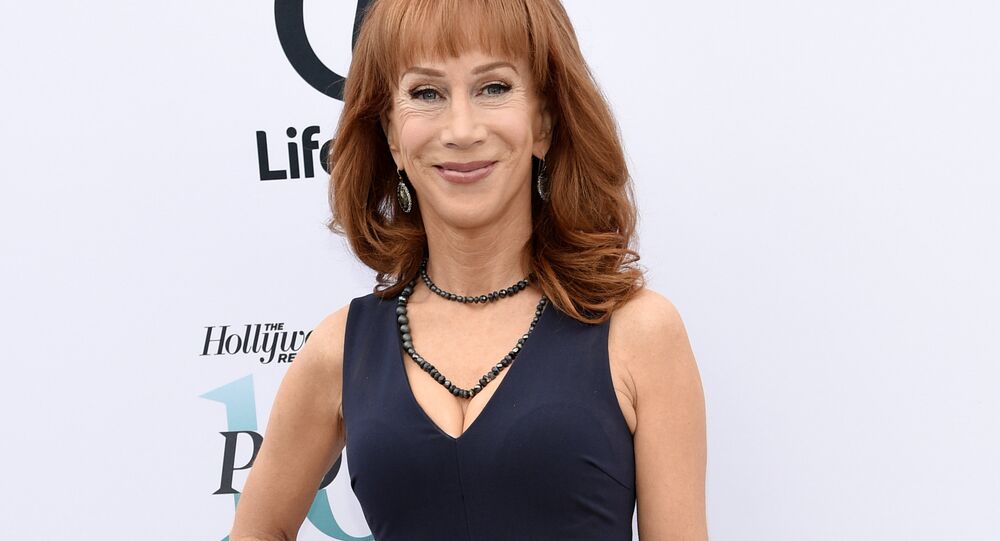 Kathy Griffin, an American comedian who caused quite the political firestorm a few years ago, was at it yet again late Tuesday when she decided to fire off a tweet that suggested someone should stab US President Donald Trump with an air-filled syringe.

The Illinois-born comedian was thrust back into the spotlight this week after she reacted to a tweet from CNN White House correspondent Jim Acosta that noted Trump’s remarks at a Rose Garden event regarding affordable insulin for senior citizens.

Acosta’s tweet highlighted Trump’s “I don’t use insulin. Should I be?” statement, a comment which raised many eyebrows, ultimately including Griffin’s. It would be roughly two hours before Griffin would come across the statement on her timeline, and when she did, she did not hold back.

“Syringe with nothing but air inside it would do the trick,” Griffin wrote at the time in a quote tweet that concluded with “F**K TRUMP.”

Screenshot/Kathy Griffin
Screenshot captures tweet from American comedian Kathy Griffin in which she calls for US President Donald Trump to be stabbed with an air-filled syringe; however, the tweet was later removed by Twitter for violating rules on abusive behavior.

Moments later, when conservative outlet Washington Examiner tweeted out that Griffin was in a way advocating for an individual to stab the president with a syringe full of air, an act that would more than likely cause a possibly fatal air embolism, the award-winning comedian responded: “I SURE DID, F**KER. #TrumpLiedPeopleDied”

Screenshot/Kathy Griffin
Screenshot captures tweet by American comedian Kathy Griffin in which she admits to advocating for someone to stab US President Donald Trump with an air-filled syringe.

And with that, all bets were off, and netizens started to get in on the action, with some supporting Griffin’s remarks and others not so much.

At the time of its reporting, the Examiner noted that a Twitter representative had indicated Griffin’s tweet would be looked into by company officials; by the time Wednesday rolled around, at about roughly 1 p.m. EDT, the syringe-themed tweet had been wiped from the social media platform. In its place reads a notice that simply states: “This tweet is no longer available.”

It has since been revealed by the Examiner’s Anthony Leonardi that Griffin was ordered by Twitter to delete the tweet before being allowed back on the platform. A spokesperson explained that the tweet did indeed violate company rules on abusive behavior.

It’s unclear if Griffin’s since-deleted tweet will prompt an investigation by the Secret Service, as occurred in 2017 when the comedian opted to participate in a photoshoot that depicted her holding what looked like the decapitated head of the president. Although Griffin initially offered an apology for the photo, she later retracted it after acknowledging that the public reaction got out of hand.