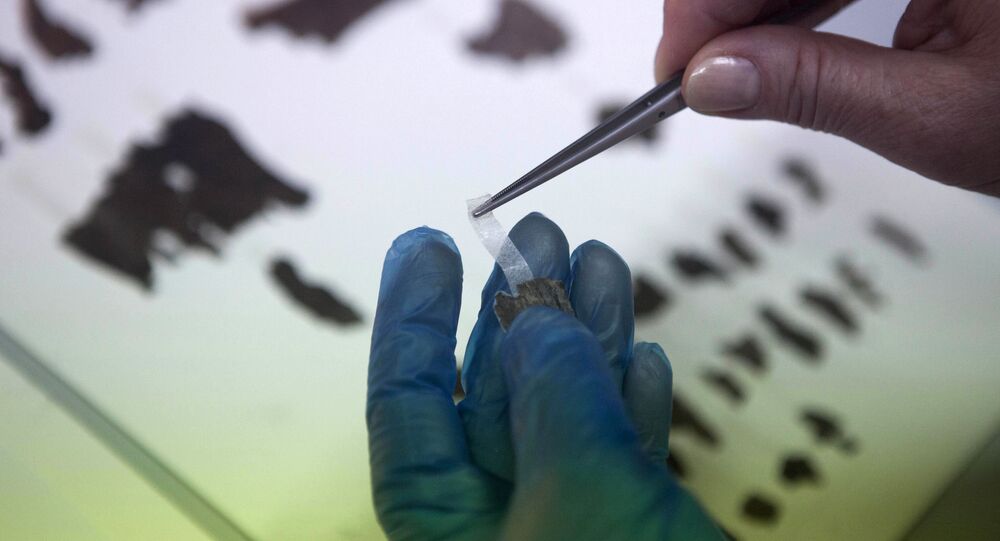 A curious but understudied find from the early 1950s may reveal the location of previously unheard-of historic treasures, assumed to have been intentionally concealed by far-sighted Jewish authorities during the age of antiquity.

A bewildering copper scroll unearthed in 1952 on the northwestern shore of the Dead Sea could pave the way for the most groundbreaking discovery yet to be made in the Holy Land, a trove of precious metal artefacts potentially worth trillions of dollars. The artefacts purportedly date back to before the sacking of the Second Temple in 70 AD.

"In the spring of 1952, an amazing discovery was made in Qumran cave three, the same location where the Dead Sea Scrolls were discovered in 1946: a single copper scroll made from a sheet of pure copper engraved with an iron stylus", he told the Express, further recounting the truths the copper scroll may potentially unveil:

"The copper scroll details in cryptic language the final resting place of the greatest archaeological treasure yet to be discovered".

According to Meyer, the study's potential is of biblical proportions:

When finally in 1956, "the eight-inch-long by 11-inch-high scroll was sawn into segments at Manchester University in England in order to open it" the "scroll was discovered to have been written is written in Mishnaic or postbiblical Hebrew".

According to the scroll, the treasures are buried around Jerusalem and in the caves around the Dead Sea and Jericho, Meyer went on, detailing that in order to conceal the real place names from the Romans, the Jews opted for pseudonyms.

"It also gives a description of the area's topography, how far below the surface the treasure is buried and the kind and amount of treasure buried in the spot", Meyer added.

One of the excerpts reportedly mentions some 600 bars of silver in a cistern "below the rampart, on the east side" in a place shaped by a rock.

The professor explained that "the map existed in part with the hope for a team of diggers to recover the Temple treasure and its sacred vessels for Temple use" after the Jews initially succeeded in repelling the Romans. However, when the latter stormed the Holy Land, the trove was hidden in places still waiting for treasure hunters to arrive and comb the comparatively vast area.

Not all historians share the belief that the copper scroll alludes to treasures from the sacked Second Temple.

Historian Theodor Gaster brought up theories suggesting the treasures belonged to the Qumran community, a Jewish monastic group that at the time  resided off the Dead Sea coast.

Another theory suggests the copper scroll references the treasures from the First Temple of Jerusalem, destroyed in 586 BC by the Babylonians, whereas a number of scientists, including Israeli archaeologist Amos Kloner, assume the Second Temple's treasures were destroyed a long time ago.