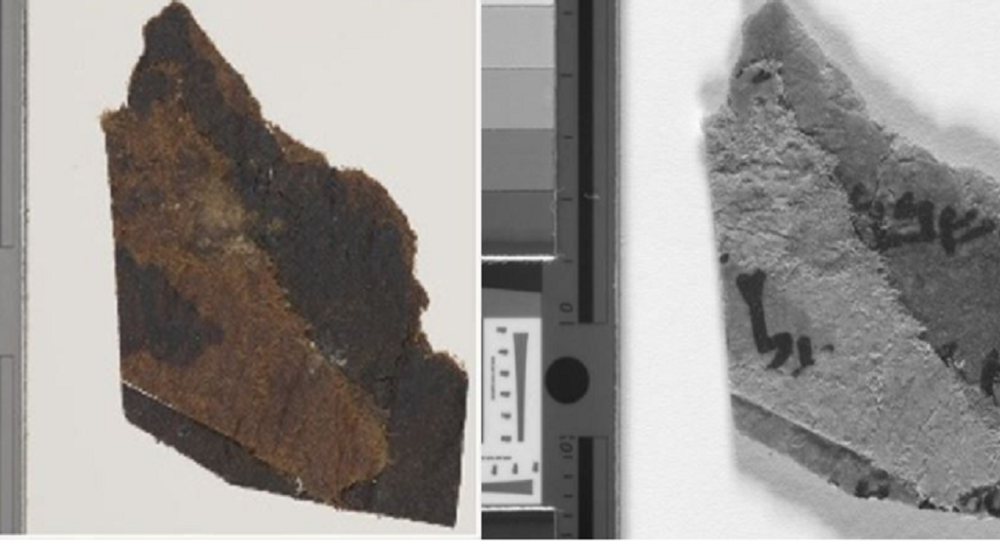 A professor recently discovered writing on a collection of Dead Sea Scroll fragments that were believed to be blank and have been stored at the University of Manchester in England for more than two decades.

King’s College London Professor Joan Taylor discovered the hidden text withhttps://sputniknews.com/society/202003141078567147-all-16-dead-sea-scrolls-in-washington-dcs-museum-of-the-bible-found-to-be-fake/ a magnifying glass while studying one of the manuscript fragments, which are stored at the University of Manchester’s John Rylands Library.

Out of the 51 fragments that were imaged, four were found to have Hebrew/Aramaic text on them. The text was written using carbon-based ink, according to a May 15 news release by the University of Manchester. One fragment contained four lines of text with around 15 or 16 letters. The majority of the letters were “partially preserved.”

"Looking at one of the fragments with a magnifying glass, I thought I saw a small, faded letter - a lamed, the Hebrew letter 'L,'" Taylor said, according to the release. "Frankly, since all these fragments were supposed to be blank and had even been cut into for leather studies, I also thought I might be imagining things. But then it seemed maybe other fragments could have very faded letters too."

“With new techniques for revealing ancient texts now available, I felt we had to know if these letters could be exposed. There are only a few on each fragment, but they are like missing pieces of a jigsaw puzzle you find under a sofa,” Taylor added.

The Dead Sea Scrolls were found in the mid-20th century in the Judean Desert’s Qumran Caves in the West Bank. The scrolls include early text from the Hebrew Bible and other writings that are estimated to be around 2,000 years old.

The fragments were given by the Jordanian government to a leather expert and researcher in England in the 1950s. They were donated to the University of Manchester in 1997, where they have been stored ever since.