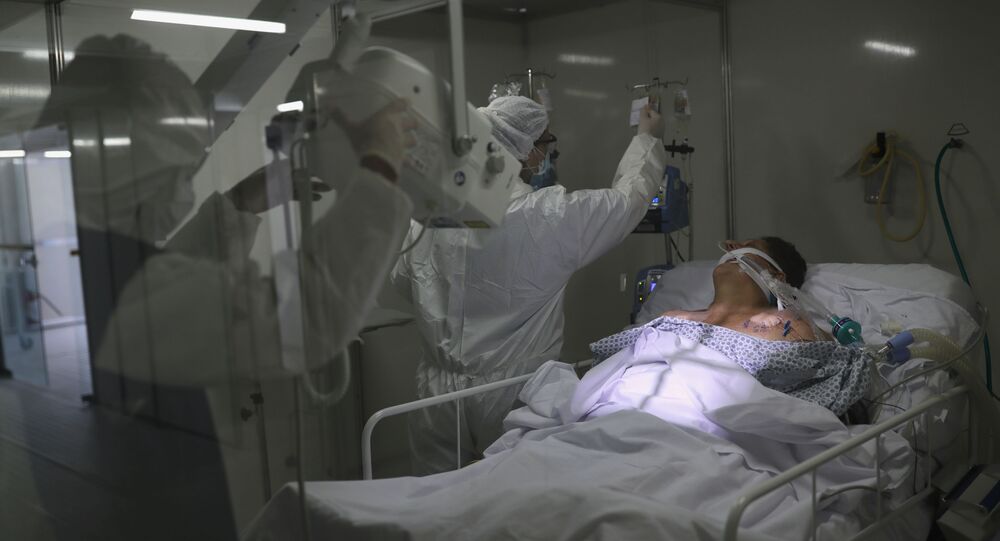 Bruno Covas, the mayor of São Paulo, Brazil, recently warned that hospitals in the city are at 90% capacity due to a COVID-19 outbreak and could become overwhelmed in the next couple of weeks.

According to Covas, residents are ignoring social distancing rules and playing “Russian roulette” with their lives and other people’s lives.

"It is hard to believe that some prefer the population to be subjected to Russian roulette. Indifference in the face of death is unseemly," Covas recently said in a statement to BBC.

Covas also revealed that he is currently in talks with João Doria, the governor of São Paulo state who is also in charge of its police force, about imposing stricter lockdown measures.

The latest data by Worldometer reveals that Brazil has now overtaken Italy in terms of number of COVID-19 cases. Brazil has confirmed more than 245,000 cases of the respiratory disease, and more than 16,000 people have died as a result. The only other countries with more novel coronavirus cases than Brazil are the US, Russia, Spain and the UK.

The actual number of COVID-19 cases in Brazil could be much higher than the official count. At the beginning of last week, the Brazilian Health Ministry revealed that 338,000 COVID-19 tests have been processed. However, at least 145,000 tests are still under analysis, Reuters reported.

São Paulo, which is Brazil’s most populous city, has been hit particularly hard by the coronavirus. So far, there have been around 3,000 COVID-19 related deaths in the city alone. Despite the fact that São Paulo instituted lockdown measures almost two months ago, many of its residents continue to ignore the rules, as there are no fines or criminal penalties for violating them. For example, the rule requiring the wearing of masks has been widely disregarded by residents.

Brazilian President Jair Bolsonaro has also faced intense criticism for his poor response to the pandemic. On Sunday, he ignored social distancing guidelines and posed for photographs with supporters in Brazil’s capital city of Brasília.

​Bolsonaro has repeatedly shunned lockdown measures, claiming that such guidelines would wreak havoc on the economy. In March, he urged Brazilian mayors and governors to lift social distancing restrictions, claiming that Brazilians’ “lives have to go on.”

“Jobs must be kept. We must get back to normal,” he said in his March speech, BBC reported.

Last week, Brazilian Health Minister Nelson Teich resigned after serving less than a month in the position after he publicly criticized Bolsonaro’s decree to reopen beauty parlors and gyms.