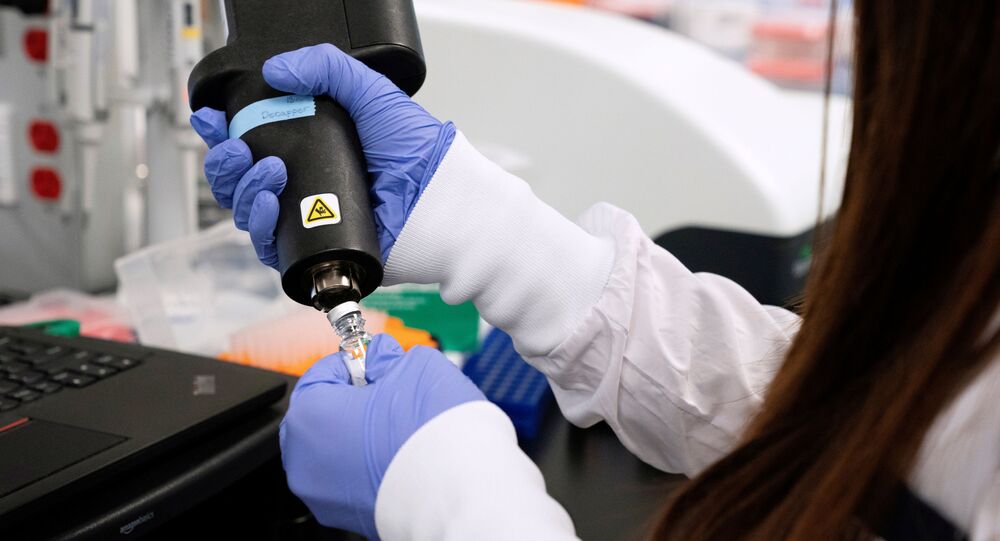 The biotech company Moderna, which is collaborating with the US National Institute of Allergy and Infectious Diseases led by Dr. Anthony Fauci, has reported “positive” data regarding its potential COVID-19 vaccine, known as mRNA-1273.

In a statement Monday, Moderna said that data from the first phase of a clinical trial showed that patients given the vaccine developed an immune response similar to people who acquired the novel coronavirus and recovered. In the Phase 1 trial, eight participants who received two doses of the vaccine - either of 25 micrograms or 100 micrograms - developed neutralizing antibodies “at or above” levels demonstrated in blood samples of recovered COVID-19 patients. Neutralizing antibodies bind to viruses, preventing them from infecting human cells.

The study also included a cohort taking 250-microgram doses of the vaccine, but data was only available regarding the first dose as of Monday. Phase 1 of the study included people between the ages of 18 and 55. People over the age of 55 are being enrolled for subsequent phases.

“These interim Phase 1 data, while early, demonstrate that vaccination with mRNA-1273 elicits an immune response of the magnitude caused by natural infection starting with a dose as low as 25 [micrograms],” Tal Zaks, chief medical officer at Moderna, said in the statement.

“These data substantiate our belief that mRNA-1273 has the potential to prevent COVID-19 disease and advance our ability to select a dose for pivotal trials,” he added, referring to the potential vaccine.

The company also revealed that the potential vaccine was “generally safe and well tolerated,” as the drug’s side effects, such as redness around the injection area, have been “transient and self-resolving.” No serious side effects have been reported.

The company will soon begin its Phase 2 trial of the potential vaccine. Phase 3 is expected to begin some time in July.

“We are investing to scale up manufacturing so we can maximize the number of doses we can produce to help protect as many people as we can from SARS-CoV-2,” Moderna CEO Stéphane Bancel is quoted as saying in the release.

Moderna’s stock price increased by 27% in midday trading Monday following its statement, according to the Wall Street Journal.

Several other companies and organizations, including Pfizer and its German partner BioNTech; the University of Oxford in cooperation with AstraZeneca; and Chinese company CanSino, have begun testing potential vaccines in humans.