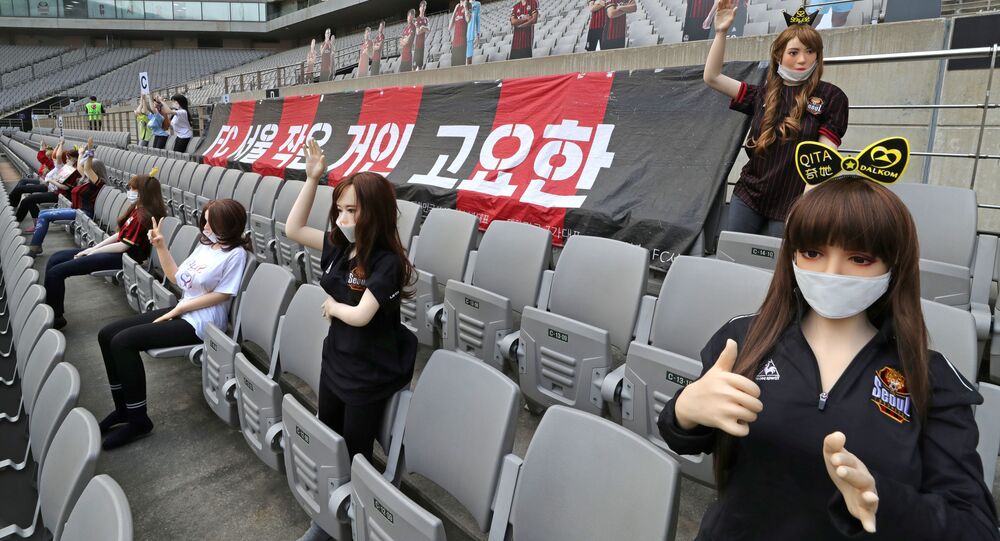 FC Seoul said it fell victim to some apparent confusion, noting it had checked everything with the supplier of the “mannequins” which were intended to lighten up the atmosphere at the much-awaited sporting event.

A South Korean professional football team has offered their apologies after "mannequins" it used as "substitute" fans during a match over the weekend were claimed to be nothing other than sex dolls.

The K-League club FC Seoul cited a certain "misunderstanding" with the supplier as the reason why at least 10 saucy looking plastic "women" were dotted around the stands, as FC Seoul took on Gwangju FC on Sunday.

"We would like to apologise to the fans", FC Seoul said in a statement on Instagram, as cited by The Guardian.

"We are deeply sorry", it continued, adding that the original intent was to "do something light-hearted in these difficult times".

The squad further promised to "think hard" about how best to "ensure that something like this never happens again", adding though that they received assurances that the dolls were not intended for sexual use.

It was social media users who first noticed that the mannequins looked more like sex dolls, sparking a debate about propriety at sporting events.

Some appeared not to be overly convinced by the football club’s explanation and apology.

"There must have been a countless number of people involved in getting that approved, shipped, dressed, and seated", Koreaboo quoted one as saying.

"In that process, no one thought to question the visuals of these mannequins?”, the user persisted, while the Sports Seoul website stressed the incident could have consequences for the club’s reputation on the international sporting arena.

"There are concerns this will bring international disgrace", it suggested.

Some took note of several dolls holding posters with the name of the popular live streamer BJ Chaero, who was purported to have been the physical inspiration for the mannequin's design, according to the Koreaboo website.

Earlier in May, the K-League became the first major football league to hold matches since the start of the pandemic, with crowds of live football-thirsty fans rushing to watch the season’s opening game.