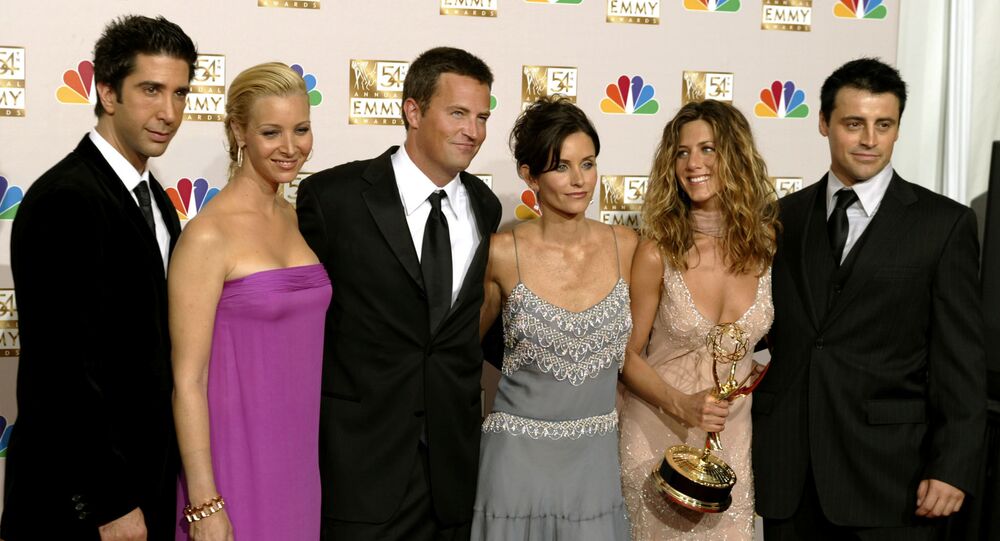 The One Where They Are in Quarantine: Lisa Kudrow on What Phoebe Would Do During Lockdown

As much as fans are anticipating the new Friends reunion special, they will have to wait until the end of the COVID-19 pandemic, maybe autumn, Robert Greenblatt, the chairman of WarnerMedia Entertainment, said earlier in May.

American actress and comedian Lisa Kudrow, who rose to prominence due to her role as Phoebe Buffay in Friends, has shared her view of life with Michael "Mike" Hannigan, her on-screen husband, during the COVID-19 pandemic.

Lisa Kudrow revealed her prediction for the possible future of Phoebe and Mike in a new interview with The Sunday Times.

"I feel like if they’d had kids she would be militaristic about creating art. So their place would be overrun with huge, outlandish projects", she said.

Lisa also shared her vision on how Friends might have been different if it had premiered in 2020 rather than in 1994, saying that it would be "completely different" now.

"Well, it would not be an all-white cast, for sure. I’m not sure what else, but, to me, it should be looked at as a time capsule, not for what they did wrong. This show thought it was very progressive. There was a guy whose wife discovered she was gay and pregnant, and they raised the child together? We had surrogacy too. It was, at the time, progressive", she said.

Happy Birthday and Bon Courage to my friend and partner @danbucatinsky thank you @courteneycoxofficial for a great evening!

Friends, starring Jennifer Aniston, Lisa Kudrow, Courteney Cox, David Schwimmer, Matt LeBlanc, and Matthew Perry, ended in 2004 after 10 years, but it remains one of the most popular shows when it comes to re-runs.