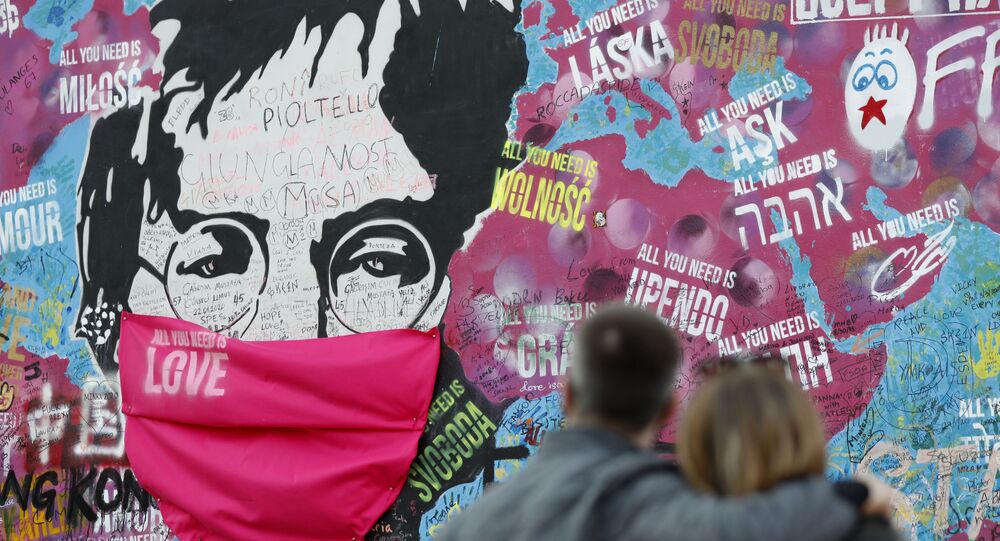 The rare artwork is said to have been given to Tom Maschler, the publisher of the iconic British musician's autobiography ‘In His Own Write’, who treasured the piece for over five decades.

A pen and ink drawing by British rock legend and co-founder of The Beatles, John Lennon, is set to be sold by US-based RR Auction with a 13 May deadline, according to The Sun.

The unsigned artwork, given by Lennon to publisher Tom Maschler, is titled ‘Lady Flying on a Wire’. It features a figure of a woman, said to resemble The Beatles, flying above rolling hills and clouds, next to a small bird.

“I very much enjoyed working closely with John while he produced the drawings and writings for the critically acclaimed books I published for him In His Own Write and A Spaniard in the Works,” Maschler said, cited by the outlet. “John acknowledged the affection and esteem I had for his work by giving me the raw materials for his books when the projects came to a close”.

Maschler asserted that ‘Lady Flying on a Wire’ is “an exceptionally fine example of John's work”. He also said that he loves the singer’s “zany style, strong composition and the way that this piece verges on the surreal”.

John Lennon, one of the most famous singer-songwriters of the 20th century, was killed by gunfire on 8 December 1980, at the age of 40. This year will mark the 40th anniversary of his death.