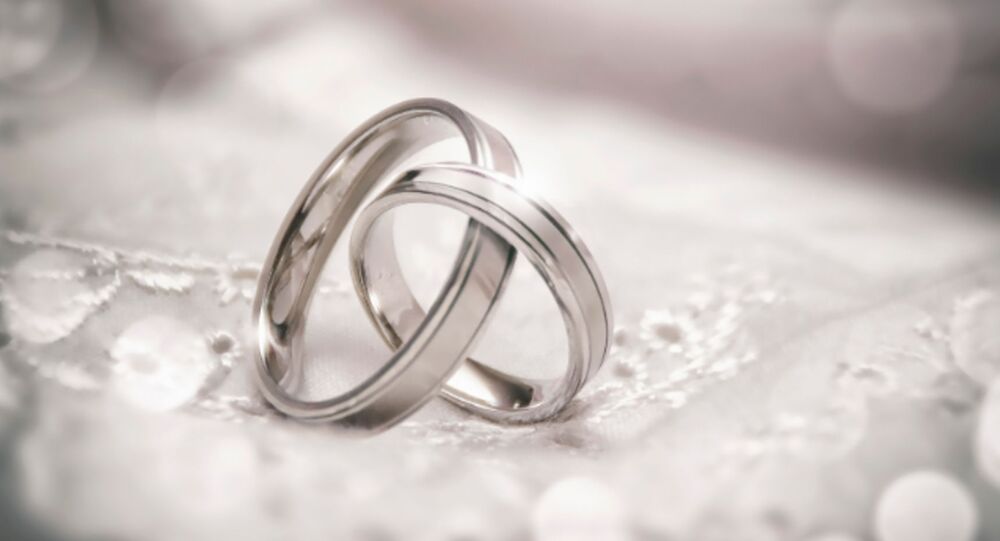 Online Marriages: Will They Linger on in Saudi Arabia After Pandemic is Over?

Saudi Arabia's Ministry of Justice has said that the government wants to hold a series of training seminars for those wishing to get married remotely.

Amid the spread of COVID-19, Saudi Arabia’s Ministry of Justice has launched an “electronic marriage contract” service, which makes it possible to register marriages online.

This practice is likely to become part of Vision 2030, an ambitious blueprint of reforms promoted by Crown Prince Mohammad bin Salman. Sputnik has spoken with several experts to understand how society will react to the possibilty of tying the knot online, and if it's really convenient for the younger generation.

The KSA Ministry of Justice said that by Wednesday, about 542 online marriage contracts had been signed in Riyadh alone. The procedure takes place on a special platform, known as Najz.

The system was launched on 16 March, when restrictive measures were taken in the Kingdom against the spread of the coronavirus. And, apparently, the system will continue working even after the quarantine is lifted.

The online system for drafting marriage contracts is believed to be convenient since the conditions can be changed an unlimited number of times before the contract is officially certified. Moreover, concluding a civil marriage (which in no way eliminates the need for religious rites in a mosque) without visiting the ministry is much faster.

Financial and economic adviser Majid Ahmad bin al-Sweigh believes that introducing this procedure is one of the aspects of Vision 2030 as well as a huge breakthrough for doing business in the Kingdom.

“This is, in fact, a major breakthrough and a quantum leap towards the implementation of the Vision 2030 plan. Since a partial switching of ministries and workflow to the online regime was part of it, the pandemic has advanced the realisation of the project", he said.

Speaking about how young people and ministry employees are preparing for this format, the expert noted that “the Kingdom has organised free online training for couples wishing to conclude a marriage contract remotely".

“Online training is also provided to the ministry employees. Since the service launched, more than 300 employees have already registered more than 2,000 marriage contracts", he said.

“It’s now much easier to complete this procedure in one copy and from one device. Therefore, you can book a marriage date much faster. In addition, the couple can enclose all the medical papers necessary for the marriage contract. Moreover, a notification of the official marriage contract certification will now also be remote; previously, the couple had to come to the court to receive it. So the procedure has become much simpler".

Harvard
US Marriage Rate Falls to Lowest Level in 120 Years
At the same time, analyst Shahir al-Nahari pointed out that the transition to remote operations is a new trend in Saudi Arabia. The pandemic has served as the impetus for its development, but it was gaining momentum before.

Actually, the online format will enable the government to provide more services to the population with minimal queues and reduced bureaucracy.

“The Kingdom is clearly at the forefront of online resources, just look at how the G20 online summit was organised. The same thing is happening with the domestic sphere of public services. Soon the Kingdom’s entire document flow for citizens will be conducted online: this will reduce queues in the ministries to a minimum, as well as reduce bureaucratic delays. In general, the Ministry of Justice’s Najz portal is just the beginning of a long journey", he said. “This trend has been gaining momentum in the Kingdom, especially under the influence of the Vision 2030 plan implementation. But due to restrictive measures to combat the coronavirus, this trend has reached us a little earlier than expected".