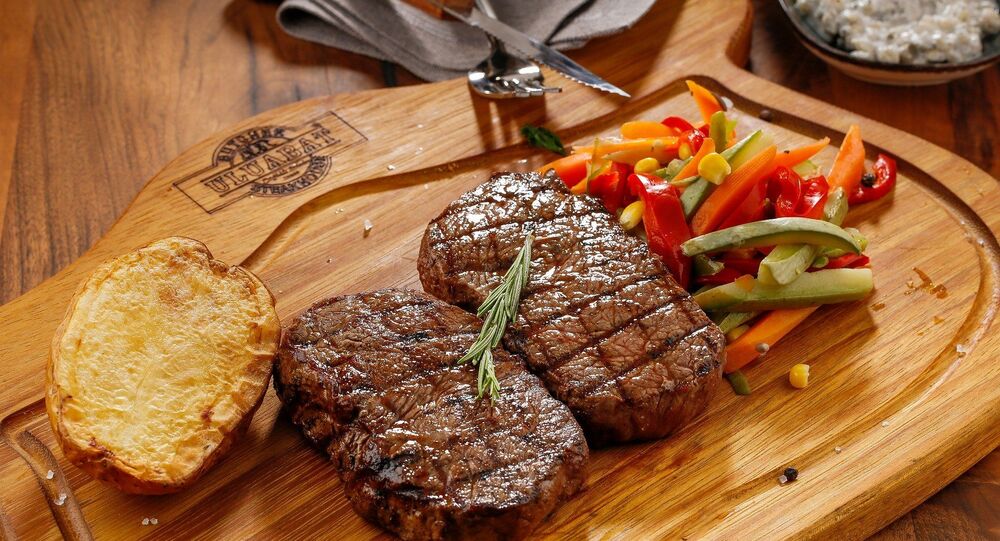 “Dietary choices have been a powerful indicator of social class and subsequent mate selection (e.g., whom we marry) since antiquity. Consequently, ‘what we eat’ and ‘how we eat’ are integral parts of our identity and directly influence our health via physiological, social, and psychological pathways,” Dr. Urska Dobersek, author of the study and an assistant professor of psychology at the University of Southern Indiana, told PsyPost.

“Therefore, given the dramatic surge in veganism and mental illness over the past two decades, a rigorous systematic review was a necessary first step in examining the relations between meat and mental health.”

The systematic review, published in the journal Critical Reviews in Food Science and Nutrition on April 20, included an analysis of 18 studies, with a total of 160,257 participants represented from “multiple geographic regions.” Of the 85,843 women and 73,232 men examined, 149,559 were identified as meat-consumers, and 8,584 were meat-abstainers.

Researchers contended that their findings show there is “clear evidence” that meat-abstainers tended to have greater rates of depression, self-harm and anxiety than their meat-eating counterparts.

Dobersek stressed to PsyPost that “correlation does not imply a causal relation” and went on to provide a number of examples to make sense of the findings, such as “individuals struggling with mental illness may alter their diets as a form of self-treatment; vegan and strict vegetarian diets may lead to nutrient deficiencies that increase the risk of mental illness; and many individuals with eating disorders use veganism and vegetarianism as a ‘cover’ to hide their illness.”

Overall, the analysis did not support the idea that avoiding meat was a good strategy to improve one’s psychological health.

Study: COVID-19 Can Survive Longer in Eyes Than Noses

New Study Finds That COVID-19 Unlikely to be Sexually Transmittable