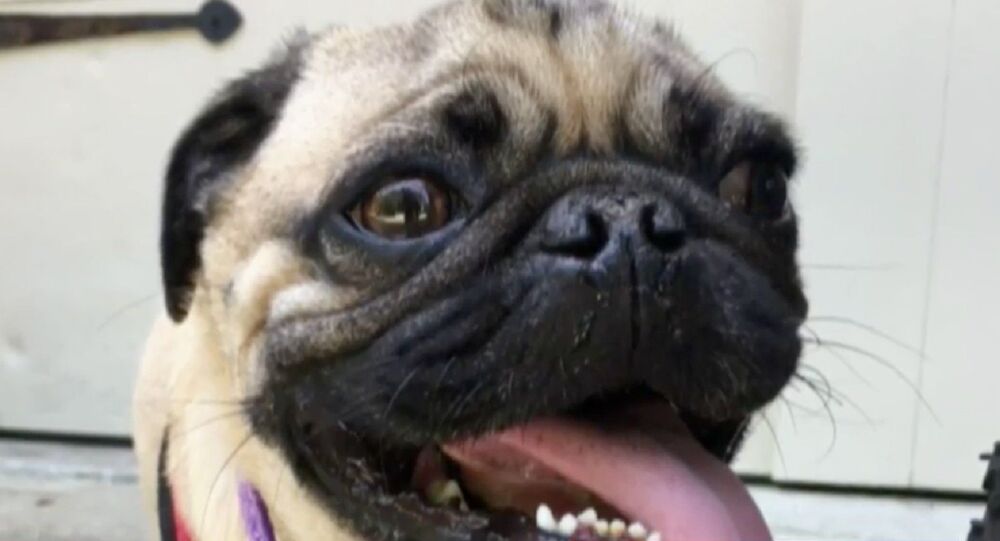 The discovery, which is believed to be the very first recorded case of the SARS-CoV-2 - the virus that causes COVID-19 - in man’s best friend in the US, was made after the pooch’s family decided to get involved in a study at Duke University.

Heather McLean, the family’s matriarch who also works as a pediatrician at Duke, told local news station WRAL that the entire family, including their fur ball companions - two dogs and a cat - was tested as part of the university’s Molecular and Epidemiological Study of Suspected Infection.

“[The researchers] all came out to our house and did blood samples,” Heather told the station of the April 1 encounter. “For the humans, they swabbed our noses as well as our mouths, and for the animals they did oral swabs for both dogs and the cat.”

A fourth pet, a lizard, was not included in the testing line-up.

The tests carried out as part of the study ultimately determined that of the McLean family’s human members, both parents and their son tested positive, whereas their daughter did not.

And then there’s Winston, who was the only pet of the three swabbed to test positive for the novel coronavirus. Heather said that Winston experienced mild symptoms for several days, noting that their beloved pug appeared to undergo a loss of appetite which “seemed very unusual” at the time.

Ben, Heather’s son, told the outlet that it wasn’t really that much of a surprise when their fun-loving dog received a positive COVID-19 result. “[Winston] licks all of our dinner plates and sleeps in my mom’s bed, and we’re the ones who put our faces into his face. So, it makes sense that he got [the coronavirus],” he said.

After enduring a rough couple of days, the family told WRAL that Winston is feeling much better now.

Heather went on to stress that folks should not “get too worried about” pets being able to contract the virus. “Hopefully we’ll learn more through the research study,” she added.

However, it's worth noting that the US Centers for Disease Control and Prevention recently issued an update, recommending that pet owners adhere to social distancing preventative measures for their companions as well.

"Treat pets as you would other human family members – do not let pets interact with people or animals outside the household," reads the advisory. "If a person inside the household becomes sick, isolate that person from everyone else, including pets."

The latest development regarding the animal kingdom and the novel coronavirus comes after reports emerged last month of a Bronx Zoo tiger and two house cats having tested positive for the respiratory illness.

Pentagon Reports Number of COVID-19 Cases Increase to 6,648 With 27 Deaths