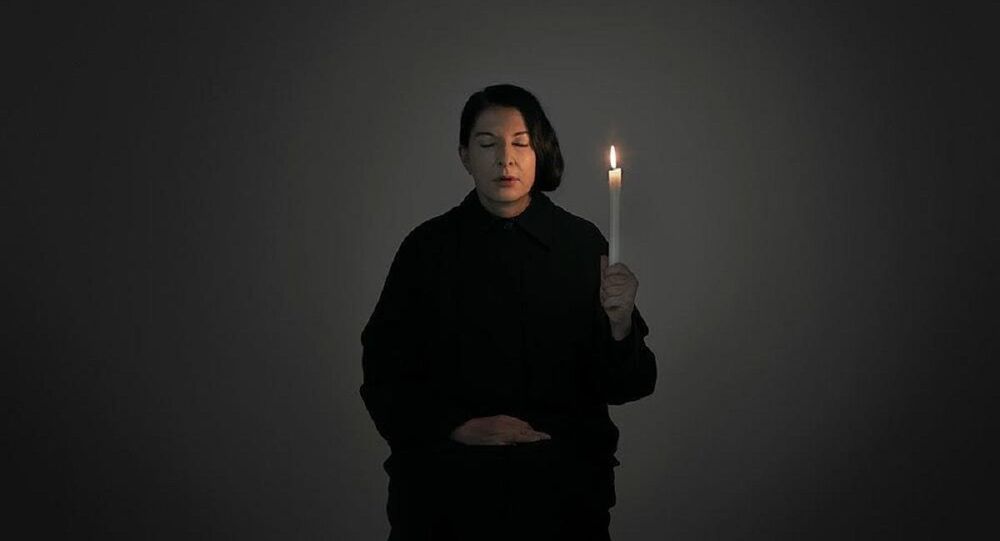 “I am an artist, not a Satanist”, the eccentric Serbian artist struck back at her accusers after an online backlash spurred Microsoft to take down a promo video of her.

The widely known Serbian performance artist Marina Abramovic has hit back at a storm of accusations of her being a satanic cult adept:

“I need to open my heart. I really want to ask these people, Can you stop with this? Can you stop harassing me?” she fumed, speaking her mind in a phone interview with The New York Times.

“Can’t you see that this is just the art I’ve been doing for 50 years of my life?” she wondered, calling for more empathy and understanding to be demonstrated with regard to her work.

Separately, she revealed that she’s been receiving death threats in her email inbox since the conspiracy theory re-emerged, after having initially popped up in 2016. On top of this, organisers of her shows – including an upcoming retrospective at London’s Royal Academy scheduled for later this year – are understood to have also been targeted with threats.

“I am personally afraid that any kind of lunatic with a gun will come and shoot me, because they think I’m a Satanist”, she shared.

Earlier this month, she faced multiple claims by right-wing Internet figures that she belongs to a Satanist cult after the publication of a Microsoft advert for HoloLens 2 - a headset that features in the artist’s mixed-reality performance, The Life. In the video, museum-goers wear special headsets so that Abramovic seems to pop up before them.

This time, the leak was picked up on Reddit, and other platforms, linking it to the recent Microsoft video, despite the latter featuring no obvious allusions to Satanism.

The allegations drew a fair bit of attention and caused a massive outcry online, with thousands voting down the Microsoft upload, with the video finally being pulled by the software giant, one of the partners of Abramovic's performance.

Congratulations patriots, the satanists are in retreat! And the next time they flex we will flex harder! #spiritual #warfare #qanon #wwg1wga https://t.co/zLRDLB8wxp

Many continue to share their stance on Marina Abramovic’s revealing, and at times graphic, performance shows:

So Bill Gates,
WHO,
The Wuhan labs,
AND satanist Marina Abramovic get hacked in the same hour.

I can't express how happy I am right now.

Gaga on Jeffrey’s island, brad putt is on the right pic.twitter.com/Tnp44syLMR

“Arrest Marina Abramovic! She’s a satanist,” one posted, with another replying in the thread that one being a satanist is still not a sufficient ground for an arrest warrant:

Well, if we’re gonna keep the integrity of the bill of rights, no one can/should be arrested for JUST being a Satanist.

Once they actually practice sacrifices, though, it should be fair game

Neon Revolt: A photo has been found of Hillary Clinton, and Spirit Cooker/Satanist Marina Abramovic.https://t.co/QwkMeg5Yj5 pic.twitter.com/3j1JnzLPhq