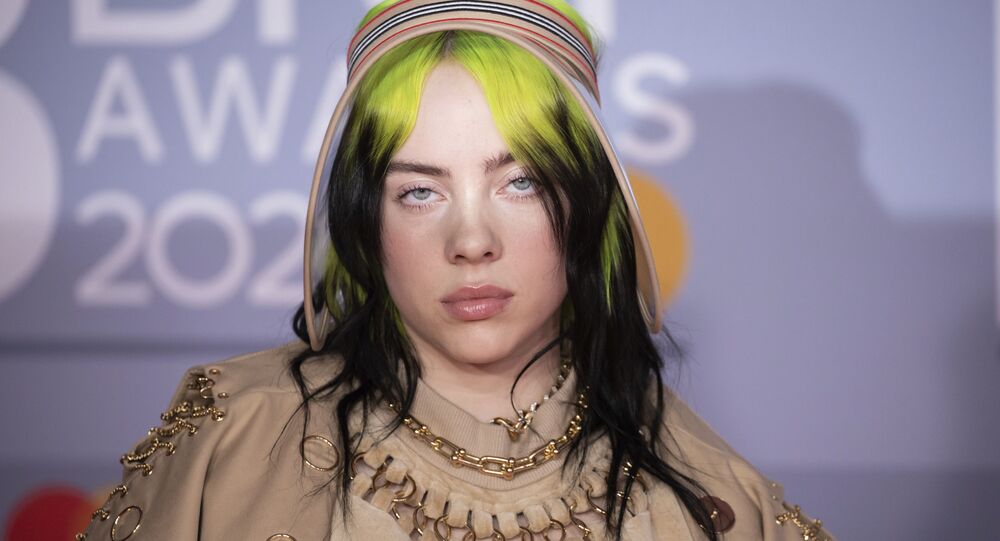 The teenage pop star has been harshly criticized over videos she posted to social media in January in which she wore a swimsuit, in contrast with her previous baggy clothing style and her earlier assertions of keeping her body out of the spotlight as a means of avoiding sexual objectification.

American singer and songwriter Billie Eilish, who won Song of the Year for her hit ‘Bad Guy’ at the 2020 Grammy Awards, responded to the judgement of her fans over sharing a video of her wearing a swimsuit on Instagram.

In an interview with Dazed magazine on Thursday, the 18-year-old artist said she has been trolled on social media by fans of her baggy fashion style who appear to have turned against her after she posted videos from a tropical vacation last year.

“I saw comments like, ‘How dare she talk about not wanting to be sexualized and wear this?!’” Eilish noted. “It was trending. There were comments like, ‘I don’t like her anymore because as soon as she turns 18 she’s a w---e.’ Like, dude. I can’t win”.

The singer said that she previously did not like her body, but lately has begun to appreciate her shape following an improvement in her self-image.

“There was a point last year where I was naked and I didn’t recognize my body [because] I hadn’t seen it in a while,” she said. “I would see it sometimes and be like, ‘Whose body is that?’”

Eilish told the magazine that she is “a bit more OK” with her appearance at the present, noting that her confidence in herself would improve as she grows older.

“If I wore a dress to something, I would be hated for it,” the artist said. “People would be like, ‘You’ve changed, how dare you do what you’ve always rebelled against?’ I’m like, ‘I’m not rebelling against anything, really.’ I can’t stress it enough. I’m just wearing what I wanna wear. If there’s a day when I’m like, ‘You know what, I feel comfortable with my belly right now, and I wanna show my belly,’ I should be allowed to do that.”

In the past, Eilish, who rose to fame in 2015 for her ‘Ocean Eyes’ song, has repeatedly answered questions about her loose-fitting outfits by noting that they are a means of shielding herself from being sexually objectified and, along with other performers, has spoken out against “rampant sexism and body shaming” in popular culture.

'No Bull**it!': Twitterati in Love With Rep Katie Porter in Samantha Bee Clip